Arsenal boss Arsene Wenger has revealed that Laurent Koscielny is a doubt to face Sunderland tomorrow while Mathieu Debuchy remains unavailable for selection. 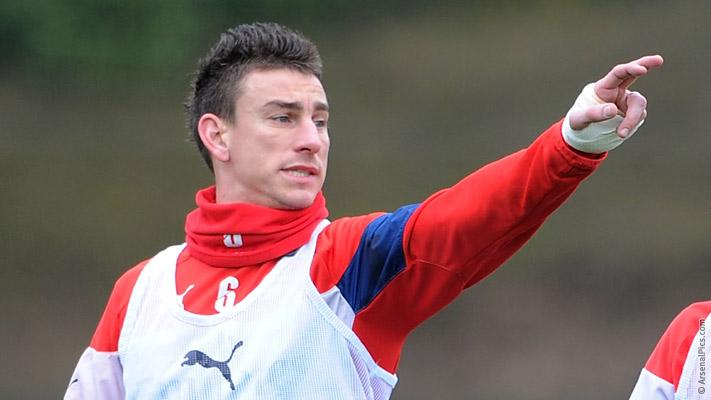 Arsenal boss Arsene Wenger has revealed that Laurent Koscielny is a doubt to face Sunderland tomorrow while Mathieu Debuchy remains unavailable for selection.

Koscielny played the full ninety minutes as Arsenal secured a 1-1 draw with Manchester United at Old Trafford on Sunday afternoon.

However, it appears he’s picked up a bout of flu after the game as Wenger told reporters at his pre-match press conference today that the French defender is a doubt to face Sunderland tomorrow night.

We’ll have to wait and see whether Koscielny is able to take part in training today but Gabriel Paulista will be on stand-by to step in if he’s ruled out.

One player who is definitely unavailable is Mathieu Debuchy with the boss also confirming that the full-back is still not back in full training so Hector Bellerin will continue at right-back.

Debuchy has missed the last three games because of a hamstring injury and he’s now facing a race against time to be fit to play in the FA Cup final at Wembley next weekend.

We head into the Sunderland game needing just a point to all-but secure third spot in the Premier League due to our superior goal difference over fourth-placed Man Utd, while a win would keep us in with a shout of sneaking second ahead of Man City.

TEAM NEWS: "We have an uncertainty about Koscielny. He has the flu. @MatDebuchy is not in full training yet" #AFCvSFC pic.twitter.com/pw5TlciArM