Man Utd manager Louis van Gaal has confirmed that Wayne Rooney is back in contention for Sunday’s clash with Hull City but David De Gea remains a doubt. 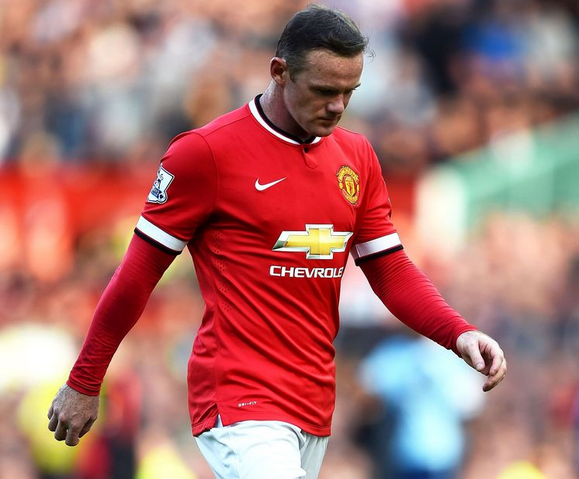 Manchester United manager Louis van Gaal has confirmed that Wayne Rooney is back in contention for Sunday’s clash with Hull City but David De Gea remains a doubt.

Rooney was forced to miss last weekend’s 1-1 draw with Arsenal at Old Trafford due to a dead leg that he picked up against Crystal Palace the previous week.

However, speaking to the media at his pre-match press conference this afternoon, van Gaal revealed that his skipper is now fit again and will start at the KC Stadium on Sunday afternoon.

Goalkeeper De Gea was forced off late on during United’s draw with the Gunners after suffering a hamstring injury and van Gaal has confirmed the Spaniard is still a doubt to face Hull this weekend.

De Gea was able to train with the goalkeeping coach today but the United boss will wait until Saturday to decide whether he’ll play any part in the final game of the season.

When asked by ManUtd.com if De Gea was fit, van Gaal said:

“He has trained today but only with our goalkeeper trainer. He still has a little problem so I want to wait a day longer because I want him to play against Hull City.

“Rooney is available. He is captain, so he shall play.”

United have already wrapped up fourth spot and need to hope Arsenal lose at home to West Brom to have any chance of sneaking third, so they’d be forgiven for taking this opportunity to rest a few key men.

However, with Hull in a fierce battle with Newcastle to avoid the drop, van Gaal says in the interest of fairness to the league, he’ll select his strongest team for the game on Sunday. He continued:

“We have the same approach as ever,”

“We have to give our utmost best. We have to do that for the honesty of the league. I have to play my strongest team.”

In other team news, Luke Shaw is expected to miss this weekends action while Jonny Evans will face a late fitness test. Rafael is certain to miss out with a rib injury so he joins Michael Carrick on the sidelines, with the midfielder out with a calf strain.