Arsenal and Manchester United are eyeing moves for Wolfsburg defender Ricardo Rodriguez who is available for €30 million this summer, according to reports

As the opening of the summer transfer window approaches, managers are working hard identifying targets and lining-up potential deals so we’ll bring you all the news and gossip. Today, Arsenal and Manchester United are linked with Ricardo Rodriguez…. 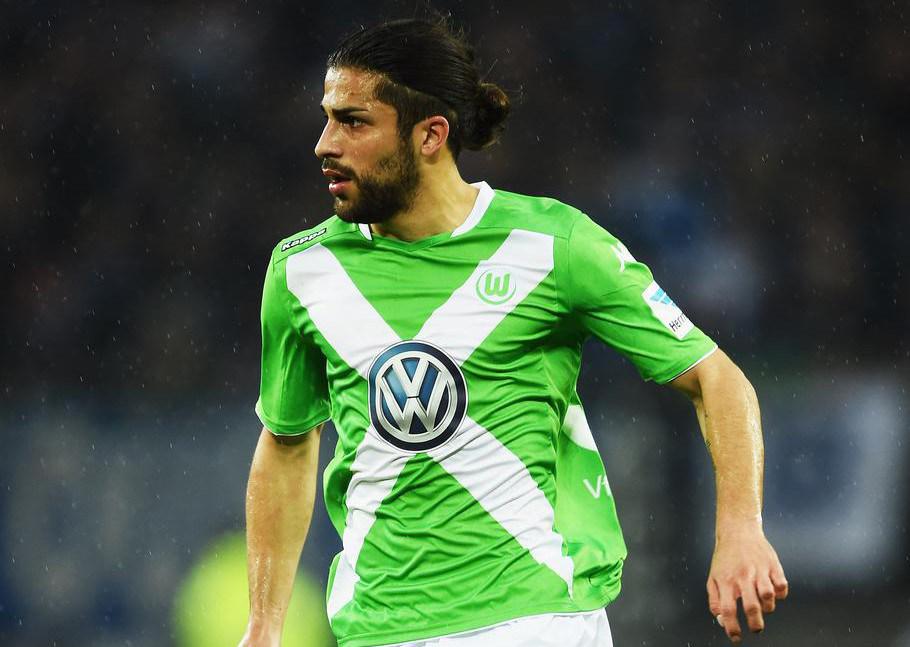 Arsenal and Manchester United are eyeing moves for Wolfsburg defender Ricardo Rodriguez who is available for €30 million this summer, according to reports in Germany.

Rodriguez has emerged as one of the best full-backs in Europe over the past two years and an impressive contribution of 6 goals and 5 assists in his 26 appearances helped Wolfsburg finish second in the Bundesliga table last season.

The 22-year-old attracted interest from some of Europe’s top clubs after putting in some superb displays for Switzerland at last summers World Cup finals but he decided to remain in Germany for another year.

However, it looks like Rodriguez could finally be on the move this summer and he could be heading to the Premier League as German publication Bild claim today that Arsenal and Manchester United are showing a keen interest in signing him.

Gunners boss Arsene Wenger could be on the look-out for a replacement for Nacho Monreal as the Spaniard is being strongly linked with a switch to Athletic Bilbao, while United boss Louis van Gaal needs more depth at left-back as Luke Shaw struggled for fitness last season, and Rodriguez would be an excellent signing for either club.

Bild suggests that Wolfsburg will demand the full value of the players €30m (£21m) release clause for any deal to happen but they are supposedly resigned to losing the left-back and have already identified Augsburg star Baba Rahman as a potential replacement.

It’s going to be interesting to see how things develop over the coming weeks but if Arsenal or United do end up agreeing a deal to sign Rodriguez this summer, then they will have pulled-off something of a coup as I think he’d be an excellent addition for either club.

The Swiss star is already a top class full-back but at 22, he’s still got plenty of time left to develop even further. But £21m is a big outlay for a defender, so we’ll have to wait and see whether Wenger or van Gaal decide to formalise their interest this summer.