Arsenal take on Aston Villa in the FA Cup final at Wembley on Saturday. Here’s a preview with team news, likely line-ups, prediction and betting tips.

Arsenal will be looking to retain the FA Cup when they take on Aston Villa at Wembley on Saturday evening.

We were pushed all the way in last year’s final with Aaron Ramsey netting an extra-time winner after we had to come from two-goals down against Hull City.

That victory ended our much talked about nine-year trophy drought but it looks like the players have a taste for silverware again as here we are 12 months later back at Wembley looking to retain the cup.

If we can see-off Villa tomorrow it will not only cap off a positive season but we’ll also become the first team to lift the FA Cup 12 times – edging ahead of Manchester United on 11.

However, Villa aren’t coming to make up the numbers and they proved how tough an opposition they can be on their day after beating Liverpool in the semi-finals.

Tim Sherwood has done a wonderful job since taking over from Paul Lambert as not only did he steer the club clear of relegation but he booked their first appearance in an FA Cup final in 15 years.

The Midland’s club also have the added incentive of knowing they’ll qualify for the Europa League if they triumph tomorrow, so we’ll need to be at our best to win this game, that’s for sure.

Unfortunately, Danny Welbeck has been ruled out with a knee injury that’s proven to be more difficult to shake off than first thought.

Otherwise the squad is in good health with Alex Oxlade-Chamberlain back in contention after making his comeback against West Brom last week.

Mathieu Debuchy is also available after recovering from a hamstring injury but both players lack match practice and a place on the bench is the best they can probably hope for.

Arsene Wenger has decisions to make all over the pitch with Wojciech Szczesny, Theo Walcott and Jack Wilshere among those who are pushing for starts.

Villa expect Shay Given to be passed fit to start in goal after he recovered from a groin injury while Aly Cissokho, Kieran Richardson and Jores Okore have also trained this week to put themselves in contention.

However, Ciaran Clark remains out with a knee injury while Libor Kozak remains sidelined as he continues to recover from a broken leg. 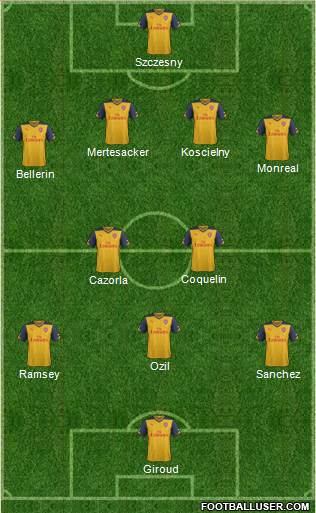 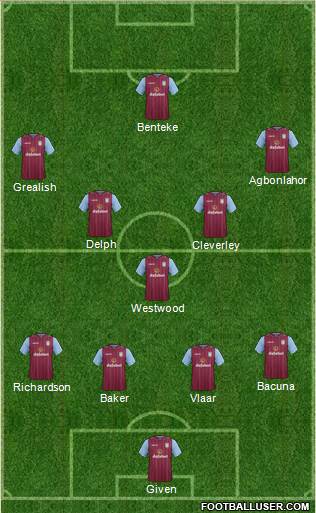 Arsenal 2-1 Aston Villa: We produced some superb football during the first half against West Brom last week and if we can replicate that tomorrow, we should win the cup without any bother. However, I don’t think Villa will make life quite so easy for us and I think this game may be a lot tighter than some are predicting. But in the end, I think we’ll do just enough to edge it by the odd goal.

Arsenal are the 11/20 favourites to win the game but Football-Talk can get you enhanced odds of 4/1 on a Gunners win, while you’ll also get money back if you lose and £100 free bet bundle. My prediction of 2-1 is available at odds of 15/2, while I also like the look of Santi Cazorla to open the scoring at odds of 15/2. If we combine those two bets in a score-cast, then we get very tempting odds of 35/1. Surely that’s got to be worth a couple of quid!?