As the opening of the summer transfer window approaches, managers are working hard identifying targets and lining-up potential deals so we’ll bring you all the news and gossip. Today, Real Madrid have rejected a huge double bid from Man Utd…. 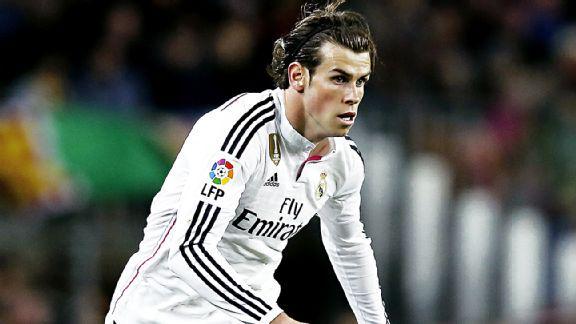 United boss Louis van Gaal is expected to be busy in the transfer market once again this summer as he looks to build a squad capable of challenging for top honours next season and it appears he’s identified the Madrid duo as key targets.

Bale has just endured a frustrating campaign in Spain with his 17 goals and 12 assists not enough to pacify the hard-to-please Bernabeu faithful and he came in for some rough treatment from his own fans at times last season.

This led to speculation the Welshman could be heading back to the Premier League after just two years in the sun with both Man Utd and Chelsea understood to be showing a keen interest in signing the former Spurs attacker.

Varane is another player who’s constantly been linked with a move away from Madrid over the past few months as the French centre-back has failed to hold down a regular starting spot, with Pepe and Sergio Ramos more often than not the preferred central defensive partnership.

The 22-year-old is widely regarded as one of the best young defenders in world football so it’s not surprise that the likes of Man Utd and Chelsea are reportedly keeping a close eye on his situation.

However, it seems United have now tried to steal a march on the Premier League champions as the Express are citing reports coming out of Spain which claim that Louis van Gaal has tabled an audacious €167m (£110m) double bid for Bale and Varane.

The newspaper suggests that United were expected to wait until Madrid made their move for David De Gea before asking for players in exchange, but the Red Devils have seemingly decided to take the initiative and make their interest in Bale and Varane know.

Unsurprisingly, the Express states that United’s double bid has been rejected out-of-hand but they are expected to revisit the issue when Madrid do eventually come calling for De Gea this summer.

As with any transfer story it’s difficult to know exactly how much truth there is behind the report, but if true then this was a bold attempt from United to try and land two world class players and shows the kind of intent van Gaal has to make a mark in the transfer window.

If Madrid did decide to sell Bale and/or Varane than I fully expect the likes of Chelsea, and others, to challenge United for their signatures. However, I’d be hugely surprised if the Spanish giants even entertained the idea of cashing in on either player this summer.

Rafa Benitez is set to be unveiled as the new Madrid boss this week and he’ll no doubt have a big say on who stays and goes this summer, but I expect Bale and Varane to be central to the Italians plans for next season.