As the opening of the summer transfer window approaches, managers are working hard identifying targets and lining-up potential deals so we’ll bring you all the news and gossip. Today, Chelsea and Man Utd are linked with Axel Witsel…. 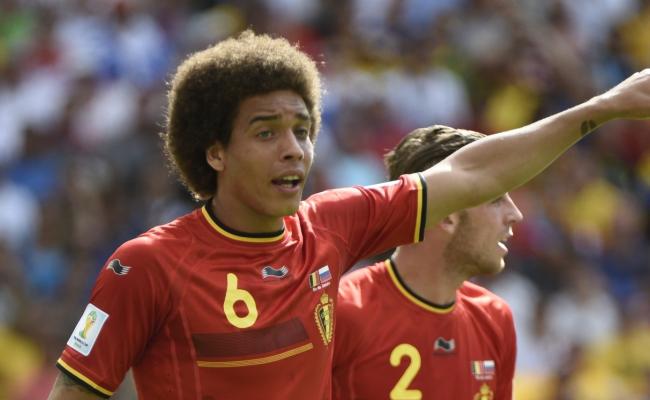 Chelsea and Manchester United are showing a keen interest in signing Belgian international Axel Witsel with the midfielder looking to leave Zenit St. Petersburg this summer, according to the Mirror.

Witsel made his name at Standard Liege and after spending one season in Portugal at Benfica, he earned a big-money move to Zenit back in 2012 and played a key role in helping Andre Villas-Boas’ side win the title last season.

However, the Mirror claim that after three years in Russia, the 26-year-old is now looking for a new challenge and wants to leave Zenit for another top European side this summer.

This has seemingly alerted clubs in the Premier League with the newspaper suggesting that Chelsea and Manchester United are showing a keen interest in luring the Belgian international to England.

The Blues have just come off the back of winning a league and cup double but Jose Mourinho is looking to further strengthen his squad ahead of an assault on the Champions League and competition in the holding role could be a priority.

John Obi Mikel has failed to establish himself since Mourinho returned to West London so I wouldn’t be surprised if he moved on this summer, and it appears Chelsea have identified Witsel as a potential replacement.

United are also expected to be busy in the transfer market this summer and Louis van Gaal has admitted he needs more options in the defensive midfield department to ease the load on Michael Carrick, and Witsel has long been linked with a move to Old Trafford.

However, the duo will also face stiff competition from Italy as the Mirror claim that Juventus are keen on taking the player to Turin and have already opened talks with the players representatives.

It’s going to be interesting to see where he ends up but Witsel would be an excellent addition for either Chelsea or United if they were able to win the race for his signature.

The Belgian is able to play in the holding role or as an orthodox box-to-box midfielder and the 6 foot 1 inch star has all the attributes needed to be a success in English football.