As the opening of the summer transfer window approaches, managers are working hard identifying targets and lining-up potential deals so we’ll bring you all the news and gossip. Today, Man Utd’s summer wishlist is revealed….. 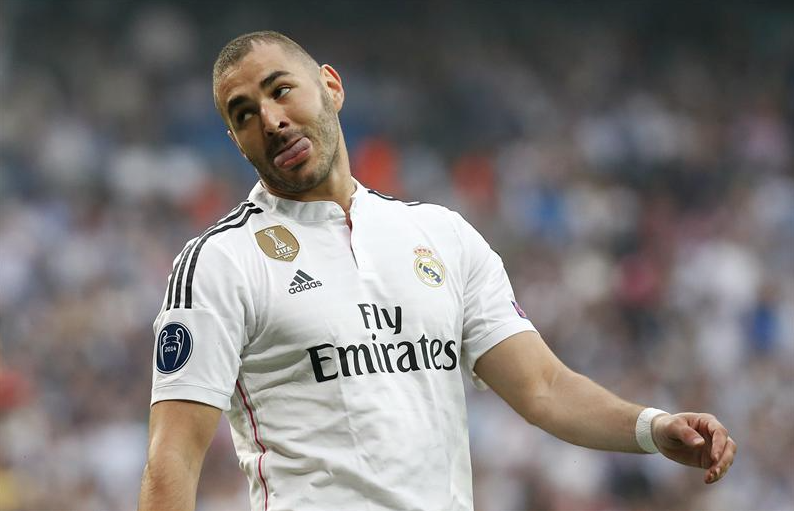 The Mirror claim that Manchester United manager Louis van Gaal is set to embark upon another £150m summer spending spree that will see him bring in at least four big-money signings over the coming weeks.

United achieved their aim of finishing in the top four last season to return to the Champions League but there’s little doubt new additions are needed if the Red Devils are to challenge for top honours again.

The Mirror suggest that van Gaal is hoping to add a whole new spine to his side with a focus on proven, world class players rather than expensive young talents for the future, with the newspaper claiming that Jasper Cillessen, Sergio Ramos, Bastian Schweinsteiger and Karim Benzema are all on the Dutchman’s hit-list of targets.

Let’s take a look at each of these players:

Most fans should be aware by now that David De Gea’s future is in serious doubt as he’s about to enter the final year of his contract and looks likely to head back to Spain this summer.

That will leave a huge void to fill between the sticks and while several names have been linked with a move to Old Trafford in recent weeks, the Mirror claim that Jasper Cillessen has now emerged as the most likely candidate to succeed De Gea.

van Gaal knows the 26-year-old well from their time together with the Dutch national team and Cillessen was the United manager’s No.1 at last summers World Cup finals in Brazil.

Cillessen has been in excellent form for Ajax since taking over the gloves in 2013 and he has a very similar athletic build to De Gea, so United fans will no doubt be hoping he has what it takes to replace the world class Spaniard.

He’s not on that level just yet but given enough time he has the ability to, and the Mirror claim that United are confident they can do business with Ajax at around £20m.

That will be a big risk for a player who’s not really proven himself outside of Dutch football yet, but it appears van Gaal is convinced his compatriot is the man to take over as No.1 at Old Trafford this summer.

If United want to be title challengers, they need a top class central defender and the Mirror claim that Sergio Ramos is now van Gaal’s top target for that position.

The Spaniard has been at Madrid for ten years but with contract extension talks at a stand-off, it’s led to speculation of a move away this summer.

Ramos would bring with him a huge amount of experience and a winners mentality, and although he’s just turned 29, he could still give United at least another 3 years of top level football.

However, I have my doubts over whether Ramos is really looking to leave the Bernabeu this summer or if his agent is just leading United down the garden path to force Madrid into giving him a better deal.

Only time will tell, but I wouldn’t be at all surprised if the Spanish international signed a new bumper contract with Madrid over the coming weeks.

Another position van Gaal is expected to strengthen is the central midfield department and the Mirror suggest the club are pushing hard to secure a deal for Bayern Munich’s Bastian Schweinsteiger.

Much like Ramos, the German star has won practically everything there is to win in the game and he’d bring with him vast experience and a winners mentality that United could certainly do with right now.

Schweinsteiger is about to enter the final year of his contract and is in no hurry to discuss an extension which has led to speculation he may be looking for a new challenge.

There’s no doubt United have been overly-reliant on Michael Carrick in recent years and Schweinsteiger would be a fantastic addition, but he turns 31 in August so he’d be something of a short-term fix rather than long-term planning.

He’d still be an excellent addition if United could pull it off, but he’s another player I’m worried is just using the former champions to squeeze an extra few pounds out of his current club.

They have more chance of signing Schweinsteiger than Ramos, but I wouldn’t bet my house this deal will happen either…

The final area of concern for United is up front and the Mirror claim that van Gaal is eyeing an audacious move for Real Madrid’s Karim Benzema.

The Frenchman is one of the leading strikers in world football and if Rafa Benitez decides he wants to change things up in attack at Madrid next season, I’m sure there will be a long list of buyers wanting Benzema this summer.

There’s no doubt he’d be a sensational signing and would be the perfect focal point for Wayne Rooney to work off next season, but I personally don’t think there’s any chance the 27-year-old will leave Madrid any time soon.

The Mirror suggest that van Gaal has identified Tottenahm’s Harry Kane as a potential alternative, but I think Spurs will do all they can to hang on to him as well this summer.

A top class striker is arguably the most difficult thing to buy so it’s going to be interesting to see who United manage to sign in the end.

It appears van Gaal has some ambitious targets this summer but these are the sort of names United need to sign if they are to return to the very top of the footballing food chain again.

I personally don’t think van Gaal will be too successful in landing many of the aforementioned targets this summer but at least he’s aiming high and it looks like it’s going to be another exciting summer at Old Trafford.