Arsenal are ready to steal a march on rivals Chelsea by tabling a formal £11m bid for Napoli full-back Faouzi Ghoulam, according to the Express.

As the opening of the summer transfer window approaches, managers are working hard identifying targets and lining-up potential deals so we’ll bring you all the news and gossip. Today, Arsenal are ready to bid for Faouzi Ghoulam… 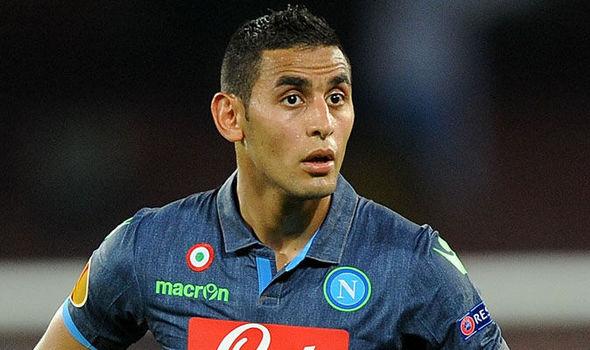 Arsenal are ready to steal a march on rivals Chelsea by tabling a formal £11m bid for Napoli left-back Faouzi Ghoulam, according to the Express.

The Algerian international has just come off the back of an impressive season in Italy, which was his first full campaign at Napoli having joined the club from Saint-Etienne in January 2014.

It appears his form has caught the eye of some of Europe’s top clubs as the Express claim that Arsenal, Chelsea, Manchester City and Real Madrid are all showing a keen interest in signing the 24-year-old this summer.

New Real Madrid boss Rafa Bentiez was the one who signed Ghoulam during his time in Naples and it seems the Spaniard is looking for a reunion at the Bernabeu, while French outlet LE10 Sport reported earlier this month that Blues boss Jose Mourinho had identified the full-back as a potential new addition.

The future of Filipe Luis has been questioned in recent months after a disappointing debut season at Stamford Bridge and if the 29-year-old heads back to Spain this summer, then Mourinho is going to need to find a replacement and it appears Ghoulam is on his radar.

However, Chelsea may have to act fast as the Express claims that Arsenal are ready to steal a march on their rivals by tabling a formal £11m (€15m) offer for the defender, with the newspaper suggesting the bid is expected to be accepted by Napoli.

We’ll have to wait and see how the Blues react to this news but as it stands Arsenal appear to be in pole position to land Ghoulam and it will be interesting to see where he fits in to Arsene Wenger’s plans if they manage to pull off a deal.

The Gunners are well stocked at left-back as they already have Kieran Gibbs and Nacho Monreal on the books, so you’d expect one of the duo will have to make way if Ghoulam arrives at the Emirates this summer.

I personally don’t see Gibbs going anywhere any time soon but there has been speculation suggesting Monreal may head back to Spain, so that’s something worth keeping a close eye on if Arsenal do end up pushing ahead with a deal for the Napoli star.