With the summer transfer window finally open for business, managers are working hard trying to strengthen their squads ahead of next season so we’ll bring you all the news and gossip. Today, Manchester United are linked with Bayern Munich’s Thomas Muller…. 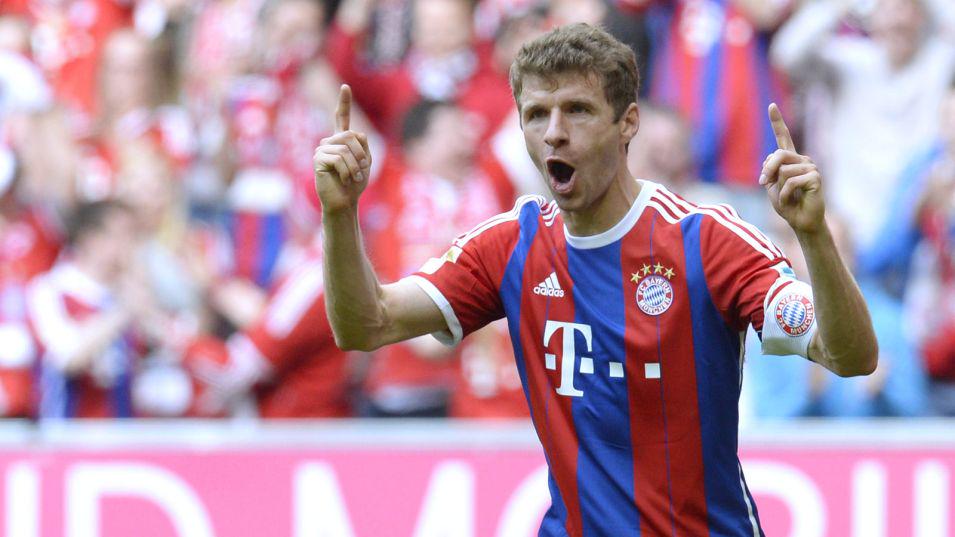 Thomas Muller has admitted he’s honoured to have attracted interest from Manchester United after Louis van Gaal tabled a £50m offer for the Bayern Munich attacker, according to the Express.

Muller has been with Bayern his entire professional career and has enjoyed an illustrious stay at the Allianz Arena since becoming a first team regular in 2009, with four Bundesliga titles and a Champions League trophy among his domestic honours list.

The 25-year-old has long been linked with a move to England and the Guardian reported last August that United had made a huge offer for the attacker after van Gaal made him one of his top targets when he took over at Old Trafford.

Muller ended up staying at Bayern but it appears the Dutch boss has renewed his interest as the Express are citing reports coming out of Germany that claim United have submitted a new £50m offer for his services.

There’s no indication of how the offer was received by Bayern but the newspaper does state that United have also tempted Muller with a bumper five-year contract making the total package worth a staggering £120m.

Usually we’d suggest you take these reports with a pinch of salt but the German international has since confirmed the offer, and while Muller says he’s honoured to have attracted interest from such a big club, he hinted that he’s happy with life at Munich.

When quizzed about the offer from United, Muller is quoted as saying by the Express:

I expect van Gaal to be busy in the transfer market this summer as he looks to try and build a squad capable of competing for top honours next season and Muller would obviously be an excellent signing if he could somehow pull it off.

The German international is capable of playing up front as a No.9 or in a support role from the wing, so he’d give United plenty of options in attack, and van Gaal knows the player well from their time together in Munich with the United boss handing Muller his debut in 2009.

Despite being used in a variety of positions over the past six years, Muller has still amassed an impressive 121 goals in 304 games for the German giants, so he’d bring a much-needed goal threat to United’s attack.

We’ll have to wait and see how things develop over the coming days but as exciting a signing as Muller would be for United, I personally think we’ll see him stay at Bayern for at least another year.