With the summer transfer window finally open for business, managers are working hard trying to strengthen their squads ahead of next season so we’ll bring you all the news and gossip. Today, Arsenal and Chelsea are linked with Baba Rahman…. 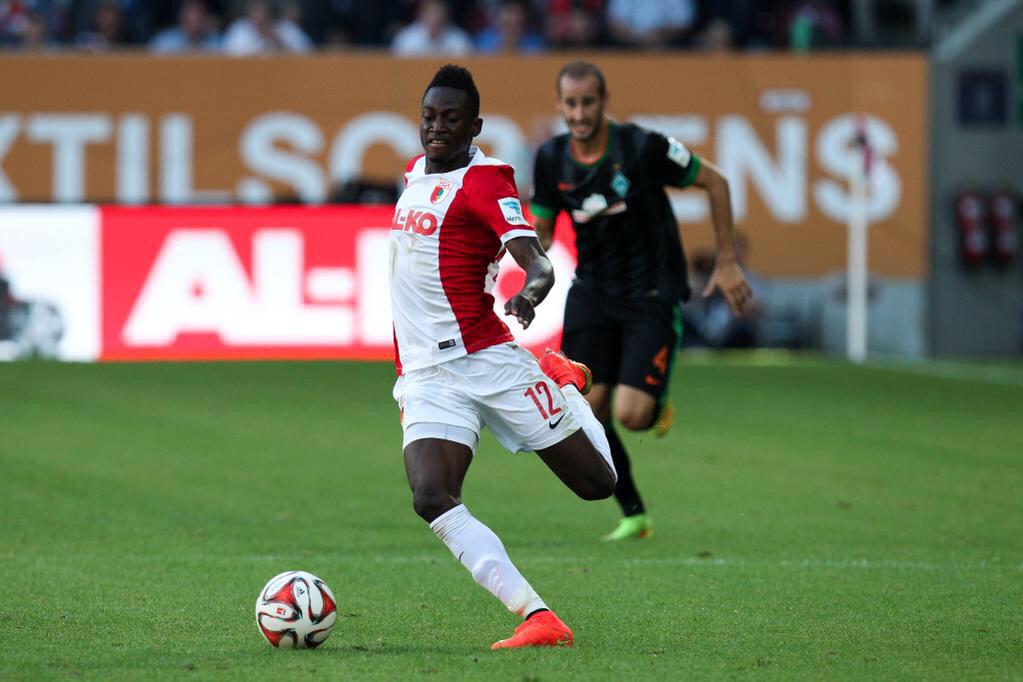 Arsenal and Chelsea have made contact with Augsburg to register their interest in Raba Rahman but have been told a deal for the defender could cost up to £14m, according to the Guardian.

Rahman only moved to Augsburg last summer from SpVgg Greuther Fürth and has enjoyed a rapid rise to become one of the best full-back’s in German football after enjoying an excellent debut season at the SGL Arena.

The 21-year-old’s impressive form not only helped Augsburg to a fifth-placed finish in the Bundesliga last season, but it also appears to have attracted interest from a whole host of top European clubs.

The Guardian claim that Arsenal and Chelsea have made contact with the German outfit to register their interest in signing Rahman but will face stiff competition from the likes of Juventus, Atletico Madrid and Roma.

However, the newspaper suggests that Rahman would prefer a move to the Premier League this summer but Arsenal and Chelsea will have to dig deep as Augsburg supposedly told the London duo that a deal will cost in the region of £14m.

Although the Ghanaian international has shown huge potential, that kind of money would be something of a risk given that the player has only really had one full season at the top level, so I’d personally be surprised if either club agreed to match that valuation.

Chelsea are being linked with a new left-back as the future of Felipe Luis is in doubt and Rahman would be an exciting young addition who would no doubt learn a lot from the likes of Cesar Azpilicueta if he were to make the move to West London.

Arsenal’s interest is intriguing as they already have two established left-backs in Kieran Gibbs and Nacho Monreal on the books so I don’t really see where Rahman would fit in, unless one of the current crop are leaving this summer.

Gibbs is highly unlikely to be going anywhere so it could be that Arsene Wenger is on the look out for a potential replacement for Monreal – with the 29-year-old linked with a move back to Spain [via the Metro] recently.

Either way, I don’t see Rahman being able to command regular first team football at Arsenal or Chelsea just yet so if he wants to be playing week-in week-out, perhaps he should remain with Augsburg to continue his development for at least another season or accept a move to a lesser team.