Manchester United have missed out on the signing of Kenedy after the Brazilian underwent a medical with Chelsea last night ahead of a £6.3m move from Fluminense

With the summer transfer window finally open for business, managers are working hard trying to strengthen their squads ahead of next season so we’ll bring you all the news and gossip. Today, Chelsea close in on Kenedy… 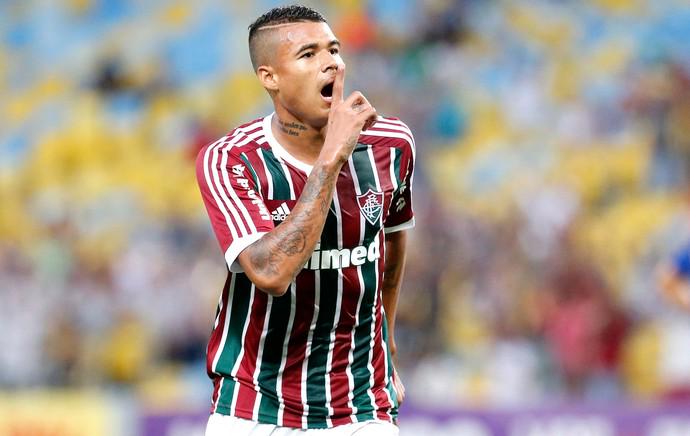 Manchester United have missed out on the signing of Kenedy after the Brazilian attacker underwent a medical with Chelsea last night ahead of a £6.3m move from Fluminense, according to the Express.

Kenedy has emerged as one of the hottest young properties in South American football after putting in some excellent performances for Fluminense since breaking into their first team set-up back in 2013.

The 19-year-old’s potential alerted a host of top clubs throughout Europe with the Daily Star claiming that Chelsea and Manchester United were among the clubs who’ve been tracking the teenagers progress in recent months.

The Express reported way back in February that United were lining-up a £5m bid for the Brazilian youngster but it appears the Red Devils were trumped by their Premier League rivals as Sky Sports News announced last month that Chelsea were closing in on a deal for the highly-rated attacker.

The move is now on the verge of being completed as the Express claim that Kenedy underwent his medical at Chelsea on Tuesday night ahead of his proposed £6.3m move with the player believed to have agreed terms over a five-year deal at Stamford Bridge.

Nothing official has been announced from either club yet but it does look as though Kenedy is set to seal his move to West London and he’ll join an ever-growing list of Brazilians at Chelsea with Oscar, Ramires, Filipe Luis, Willian, Wallace, Lucas Piazon and Nathan – another recent signing from Atletico Paranaense – already on the books.

Kenedy is known for his pace and trickery and although he’s predominantly left-footed, he prefers to play from the right wing where he can cut in and cause problems to the opposition defence.

It will be interesting to see what Jose Mourinho has planned for the youngster once he completes his move but I’m guessing Kenedy will be shipped out on loan for a season or two to aid his development and get him acclimatised to European football.

Mourinho already has a wealth of attacking options at his disposal so the Brazilian under-20 international will need to get some valuable first team experience under his belt elsewhere before being deemed ready to return to Chelsea and push for a first team place.