With the summer transfer window finally open for business, managers are working hard trying to strengthen their squads ahead of next season so we’ll bring you all the news and gossip. Today, David De Gea is closing in on his move to Real Madrid…. 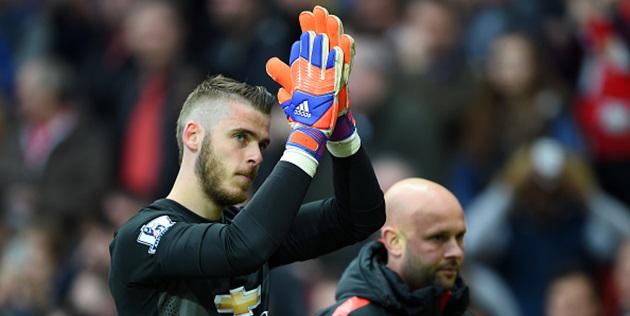 Real Madrid have finally settled on a £29m fee with Manchester United for David De Gea with the want-away goalkeeper set to sign a six-year deal with the Spanish giants, according to the Express.

De Gea is now in his final year of his contract at Old Trafford and has been tipped to head back to his homeland this summer after failing to commit his long-term future to United.

Real Madrid have emerged as the clear favourites to sign the Spanish stopper but negotiations have been dragging on for weeks with speculation suggesting that United’s interest in Sergio Ramos may complicate matters.

However, it appears a breakthrough has been found as the Express are citing reports coming from Spanish paper El Confidencial which claim that a €40m (£29m) fee has finally been agreed between the two clubs.

The newspaper suggests that De Gea will put pen-to-paper on a six-year contract worth around £2.5m net per season – which is substantially less than he was being offered to stay at Old Trafford.

El Confidencial state that super-agent Jorge Mendes has played a key role in brokering the deal at his London-based law firm and the move will be wrapped-up once Iker Casillas completes his proposed move to FC Porto.

We’ll have to wait and see how much truth there is behind this latest report but I think United will have done well if they get £29m for De Gea. Obviously he’ll be a huge loss as he’s one of the best goalkeepers in the world, but to get nearly £30m for a player with less than 12 months left on his contract is good business.

If/when De Gea does complete his move to the Bernabeu, the key for Louis van Gaal will be bringing in an adequate replacement. It will be interesting to see where Victor Valdes fits in to the Dutchman’s plans but I still think we’ll see another keeper arrive this summer.

Plenty of names have been linked with a move to Old Trafford in recent weeks but I personally think Hugo Lloris would be a great signing. The only problem would be agreeing a reasonable fee with Tottenham as they are unlikely to let him leave without a fight.