Manchester United have announced the signing of Bastian Schweinsteiger from Bayern Munich on a three-year contract. See photos of him in his new shirt.

With the summer transfer window finally open for business, managers are working hard trying to strengthen their squads ahead of next season so we’ll bring you all the news and gossip. Today, Man Utd have wrapped-up the signing of Schweinsteiger…. 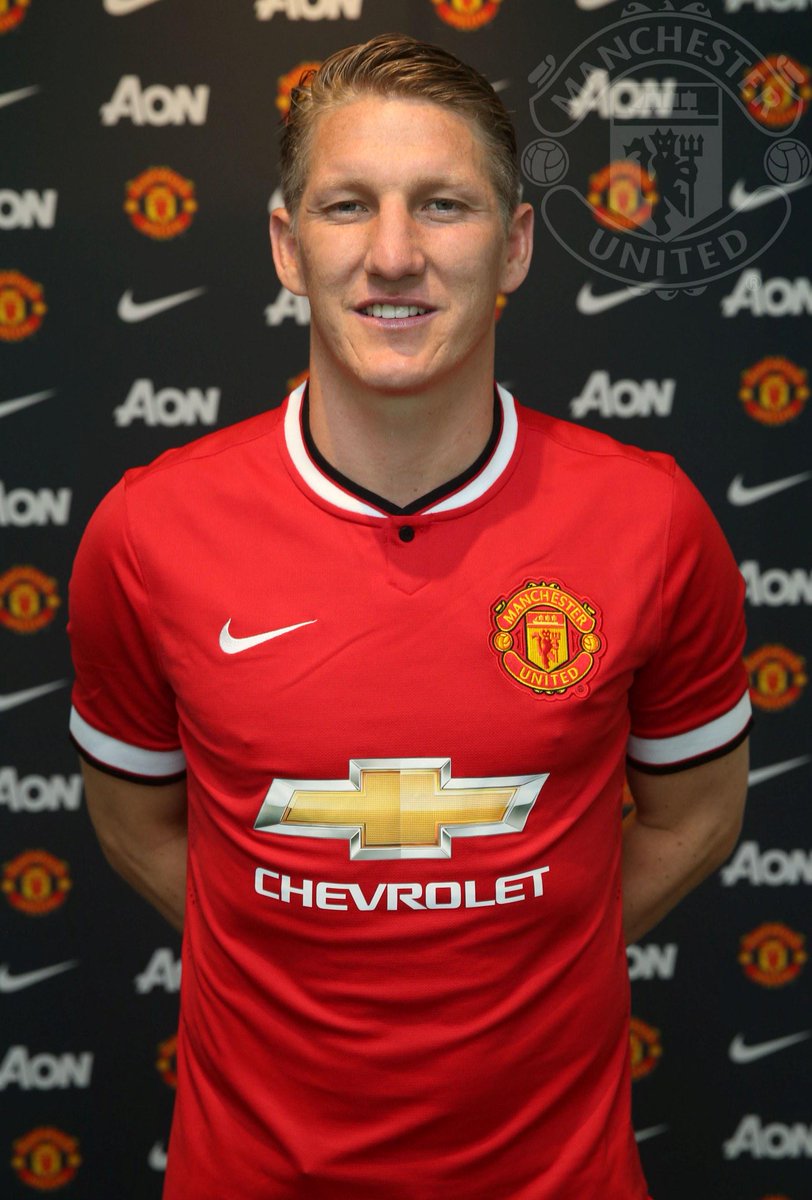 Manchester United have announced the signing of Bastian Schweinsteiger from Bayern Munich on a three-year contract.

The German international had been strongly linked with a move to Old Trafford this summer after stalling on a new contract at the Allianz Arena – with the midfielder having just one year remaining on his deal.

News broke late on Friday night that he had agreed to join United with German publication BILD claiming he had informed Bayern chiefs he wasn’t signing an extension at the club.

We then saw footage of Schweinsteiger flying in to Manchester over the weekend to undergo his medical and he uploaded a message to his Twitter account on Sunday thanking Bayern for an incredible 17 years and confirmed he was set for a new adventure at United.

It appears all the formalities have been finalised as the Red Devils have just announced on ManUtd.com that the German international has joined the club on a three-year deal.

No confirmation has been made over the fee but the BBC claim United have paid Bayern £14.4m, which is an excellent deal for a player of his quality and experience.

After completing his move, Schweinsteiger told the clubs website:

“I have thoroughly enjoyed my time at Bayern Munich, it has been an incredible journey and I didn’t take the decision to leave lightly. Manchester United is the only club that I would have left Munich for. I feel ready for this new and exciting challenge in what I regard as the most competitive league in the world and I am looking forward to working with Louis van Gaal again.

“I will never forget my time at Bayern Munich and I would like to thank everyone at the club and the fans for the great memories.”

Although he’ll turn 31 next month, Schweinsteiger is still one of the best midfielders in Europe and I think Louis van Gaal can get at least another 2-3 years out of him and this is a huge statement of intent from United.

Here is another photo of him posing with his new shirt: 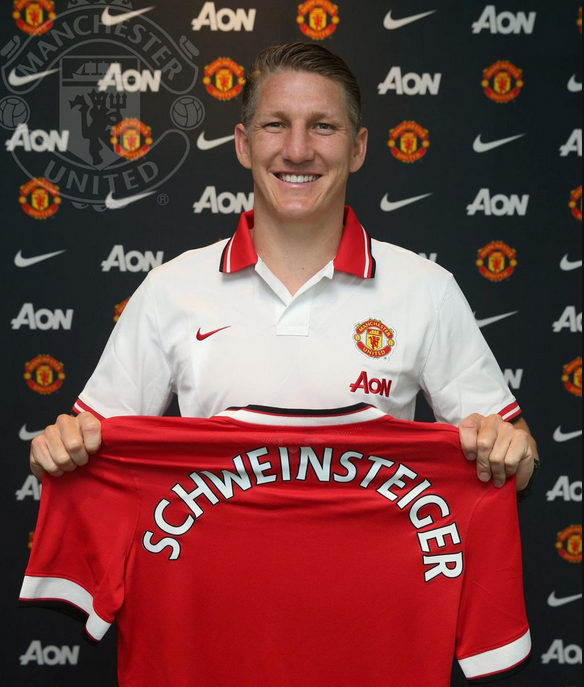