With the summer transfer window finally open for business, managers are working hard trying to strengthen their squads ahead of next season so we’ll bring you all the news and gossip. Today, Chelsea are linked with Axel Witsel…. 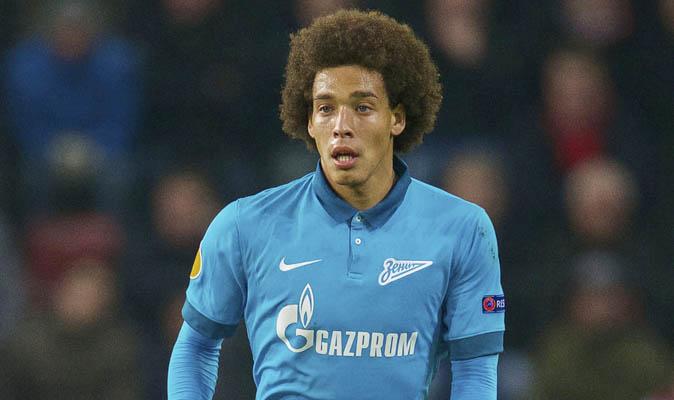 Chelsea owner Roman Abramovich is using his Russian connections to try and push through a £24m deal for Zenit St Petersburg midfielder Axel Witsel, according to the Express.

Jose Mourinho looks like he’s in the market for another defensive midfielder with John Obi Mikel tipped to leave the club over the coming weeks and it appears Witsel is firmly on the Portuguese coaches radar.

The Express reported last month that Chelsea had registered their interest in the Belgian international after he had made it clear he’s keen to leave Russia in search of a new challenge this summer.

It seems the Premier League champions have now stepped-up their interest as the Express are citing reports coming out of Belgium today that claim owner Roman Abramovich is trying to use his connections to help push through a £24m deal.

The news originates from Belgian website RTBF and they suggest that Abramovich is good friends with Zenit president Alexander Dyukov Valeryevich and the Blues supremo is now hoping to utilise that friendship to strike a deal for Witsel.

Having made his name at Standard Liege as a youngster, Witsel enjoyed an impressive season at Benfica which earned him a big-money move to Zenit in 2012 and he played a key role in helping Andre Villas-Boas’ side lift the title last season.

However, the 26-year-old looks set for another move this summer and it appears he could be heading for Stamford Bridge if Abramovich is successful in wrapping-up a deal with his Russia pal.

We’ll have to wait and see how things develop but I think Witsel would be an excellent buy for Chelsea as he’s got all the attributes needed to thrive in the Premier League.

The Belgian is able to play the holding role and protect the defence when needed, but he’s also capable of playing as a box-to-box midfielder as well, so he’d give Mourinho flexibility in the middle of the park if he makes the move to West London.