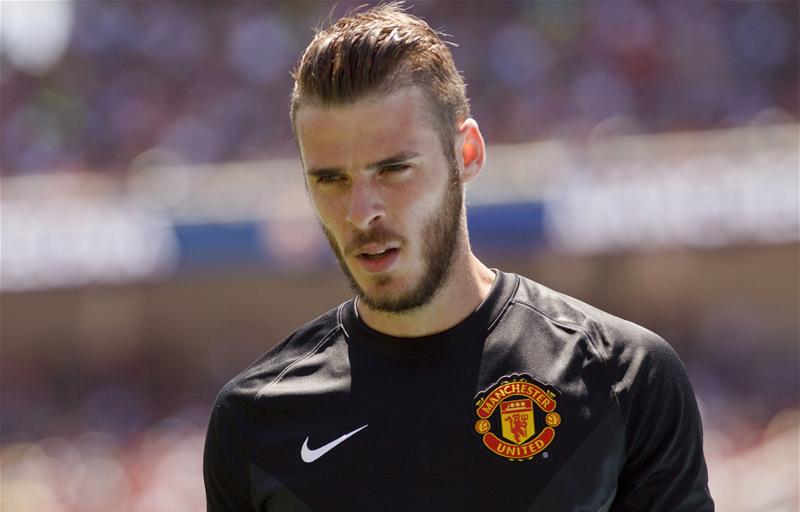 Manchester United kick the new Premier League season off when they entertain Tottenham Hotspur on Saturday lunchtime but they’ll do it without three key players.

Manager Louis van Gaal has been speaking to the media today at his pre-match press conference and confirmed to ManUtd.com that David De Gea, Marcos Rojo and Bastian Schweinsteiger won’t feature at Old Trafford.

Obviously the big news regards De Gea’s exclusion and van Gaal feels the goalkeeper isn’t in the right frame of mind to start against Spurs due to the uncertainty surrounding his future, so has decided to leave him out of the firing line.

“It is not easy for David De Gea to manage his situation now,”

“You know that we have problems with De Gea. He shall not play, so I don’t have any concerns [about him this weekend].”

De Gea has certainly not looked himself in pre-season and it appears the Real Madrid speculation is affecting his performances on the pitch so van Gaal clearly feels it’s best to leave him out this weekend.

It remains to be seen whether the decision will backfire but it’s going to be interesting to see who van Gaal chooses to start against Spurs with Sergio Romero and Sam Johnstone set to battle it out for the No.1 shirt.

van Gaal also revealed that he has no injury concerns to worry about tomorrow but Marco Rojo wont be available after returning back late to pre-season training following his participation in the Copa America.

Summer signing Schweinsteiger is also not in contention as van Gaal says the German international is still not at the required fitness level following his move from Bayern Munich.

“We have no injuries. It’s unbelievable! But it’s not possible for Rojo to be match fit as he was the last player to come back.

“Schweinsteiger came also at the last moment out of his holidays so I don’t think he is fit enough.We have to build the fitness he needs.”

With Rojo unavailable, Daley Blind is expected to start in the middle of defence alongside Chris Smalling while Luke Shaw will start at left-back. In midfield, with Schweinsteiger out Michael Carrick should be partnered by Morgan Schneiderlin.