Arsenal take on West Ham at the Emirates on Sunday afternoon. Here’s a preview with team news, likely line-ups, predicted score for the game.

Arsenal will kick off the new Premier League campaign with a home clash against West Ham at the Emirates on Sunday afternoon.

We’ve enjoyed a hugely successful pre-season which culminated in lifting the Community Shield with a 1-0 victory over Chelsea at Wembley last weekend.

However, having finished 12 points adrift of the champions last season, it’s now time we mount a serious title challenge this year and nothing but three points tomorrow will do.

There seems to be a great buzz around the squad right now and no doubt the signing of Petr Cech has given everybody a lift, so hopefully we can really push for our first Premier League in over a decade.

West Ham should come into the game in good physical shape as they’ve been playing competitive football for over a month – although they did crash out of the Europa League to Romanian side FC Astra.

We received another injury blow this week with the news that Jack Wilshere has been ruled out for around a month with another ankle injury.

Alexis Sanchez will be given a late fitness test but I highly doubt he’ll start the match after only starting his pre-season training in midweek.

Danny Welbeck is also back in training after a long-standing knee injury but he’ll remain on the sidelines along with Tomas Rosicky – who’s also suffering from a knee injury.

Cech is set to make his competitive debut in goal following his summer move from Chelsea.

West Ham are sweating on the fitness of Winston Reid, Joey O’Brien and Pedro Obiang while Carl Jenkinson is ineligible to play against his parent club. 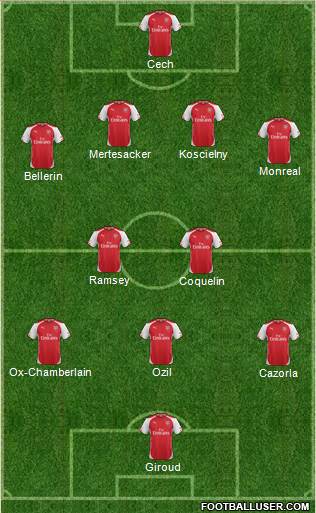 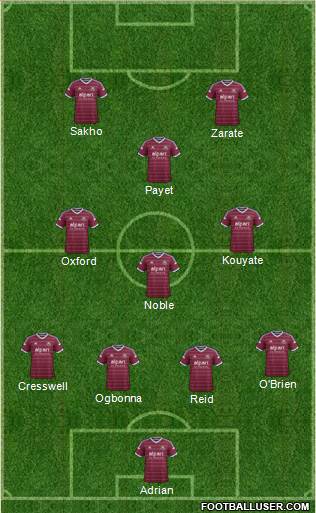 Arsenal 2-0 West Ham: We have an excellent recent record against the Hammers, having won 12 of the last 14 meetings and drawing the other two, and the boys have looked in good shape in pre-season so I can see us easing to a 2-0 win tomorrow.