Chelsea will be looking to pick up their first 3 points of the season when they take on Man City on Sunday. Here is the side I think Jose Mourinho will pick: 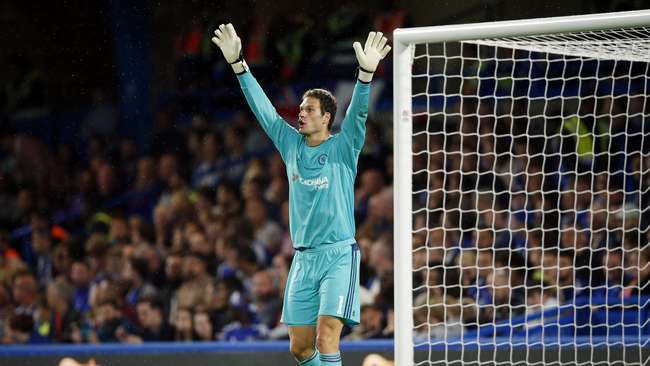 Chelsea will be looking to pick up their first three points of the season when they take on Manchester City at the Etihad on Sunday afternoon. Here is the side I think Jose Mourinho will pick:

Goalkeeper: Thibaut Courtois will be forced to serve a one-game suspension after failing with his appeal to get his sending off over-turned following his dismissal against Swansea last week, so Asmir Begovic is set to make his full debut in goal.

Defence: Mourinho is unlikely to tinker too much from his preferred back four so we should see the same defence that lined-up against the Swans last weekend with Branislav Ivanovic at right-back, Gary Cahill alongside John Terry in the centre of defence and Cesar Azpilicueta at left-back.

Midfield: The Chelsea boss usually likes to bring Ramires in to his starting eleven against the top sides so we could see the Brazilian come in for Oscar – who is a doubt after picking up a knock in training. Nemanja Matic will be his partner in midfield.

Attack: That would allow Cesc Fabregas to move a little further forward and play in attack alongside Eden Hazard and Willian. Diego Costa showed no signs of ill-effect after completing the full ninety minutes last week so I expect he’ll continue to lead the line on Sunday. 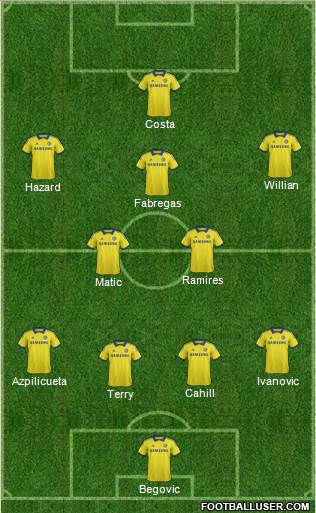