As the summer transfer window reaches it’s climax, managers are working hard trying to strengthen their squads for the new season so we’ll bring you all the news and gossip. Today, Arsenal are linked with Gonzalo Higuain…. 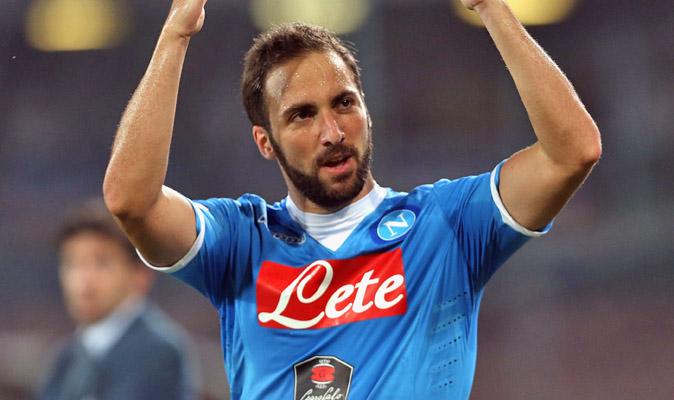 Arsenal are lining-up a late move for Napoli’s £69m-rated Argentinean striker Gonzalo Higuain during the closing stages of the transfer window, according to the Express.

Arsene Wenger has been strongly tipped to bring in a new front-man before the transfer window closes on Tuesday evening but he’s so far been frustrated in his attempts to sign his top targets.

It looks like the boss could now be about to turn his attention to an old favourite as the Express are citing reports coming out of Spain from journalist Kike Marin who claims that Arsenal are eyeing a last ditch swoop for Gonzalo Higuain.

The Argentinean hitman has long been linked with a move to the Emirates Stadium and we were supposedly close to signing him when he left Real Madrid in 2013 before he eventually went to Napoli [via the Express].

If these fresh reports are accurate then it appears Wenger is ready to renew his interest over the next 24 hours and Higuain could be keen on the move as Napoli failed to qualify for the Champions League this season.

Higuain is one of the finest goal-scorers in Europe and he’s continued his excellent form in front of goal in Italy having scored 53 goals in 102 games for Napoli, so he’d certainly add a real goal threat to our attack if we could secure a deal.

However, we may face a tough time persuading the Serie A club to sell and the Express claim the 27-year-old has a buy-out clause worth a staggering £69.1m. I personally don’t think there’s any chance Wenger will pay that kind of money so unless Napoli agree to do business for much less, I don’t see any deal coming to fruition.

Let’s see how things develop over the coming hours but unless we manage to bring in a top class forward on deadline day, I don’t think we’ll be able to sustain a serious title challenge this season.