Chelsea will look kick start their flagging season when they entertain Maccabi Tel Aviv in their Champions League opener at Stamford Bridge this evening.

The Blues have got their title defence off to the worst possible start having taken just four points from their opening five matches so Jose Mourinho will be desperate to ease the pressure with a positive result in Europe.

The Portuguese coach will also be hoping to mount a more serious challenge this year after crashing out at the last-16 stage to Paris Saint-Germain last season.

However, they must first navigate through a group that includes FC Porto and Dynamo Kiev, as well as tonight’s opponents Maccabi Tel Aviv, and Mourinho will be keen to kick things off with a win at the Bridge this evening.

The Chelsea boss has already confirmed he’ll make some changes to his starting eleven as he looks to address his sides worrying lack of early-season form while he’ll also no doubt have one eye on Saturday’s huge clash with Arsenal.

There have been suggestions in the newspapers that the likes of John Terry, Diego Costa, Nemanja Matic and Branislav Ivanovic are set to be left out, with Gary Cahill, Baba Rahman, Ruben Loftus-Cheek and Loic Remy coming in.

Pedro is a doubt but Oscar is set to return after recovering from a knee injury while Ramires has also been back in full training following his own injury concern.

However, Radamel Falcao has been ruled out with a minor knock so he joins Thibaut Courtois on the sidelines after the goalkeeper was ruled out for around three months following knee surgery. 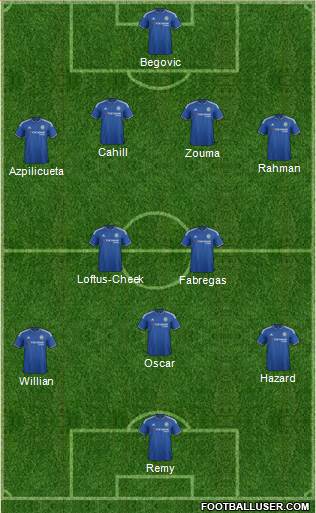 Chelsea 2-0 Maccabi Tel Aviv: Chelsea are in poor form and look a little lost this season but surely they’ll be able to dispatch of Maccabi Tel Aviv at home? I’m going for a 2-0 victory.

Chelsea are the heavy 1/4 favourites to win the game but Football-Talk can get you enhanced odds of 3/1 on a home win. My prediction of 2-0 is available at odds of 5/1, and I also like the look of Eden Hazard opening the scoring at 4/1.