Manchester United defender Luke Shaw has posted a graphic photo of his right leg following surgery on the double break he suffered on Tuesday night. 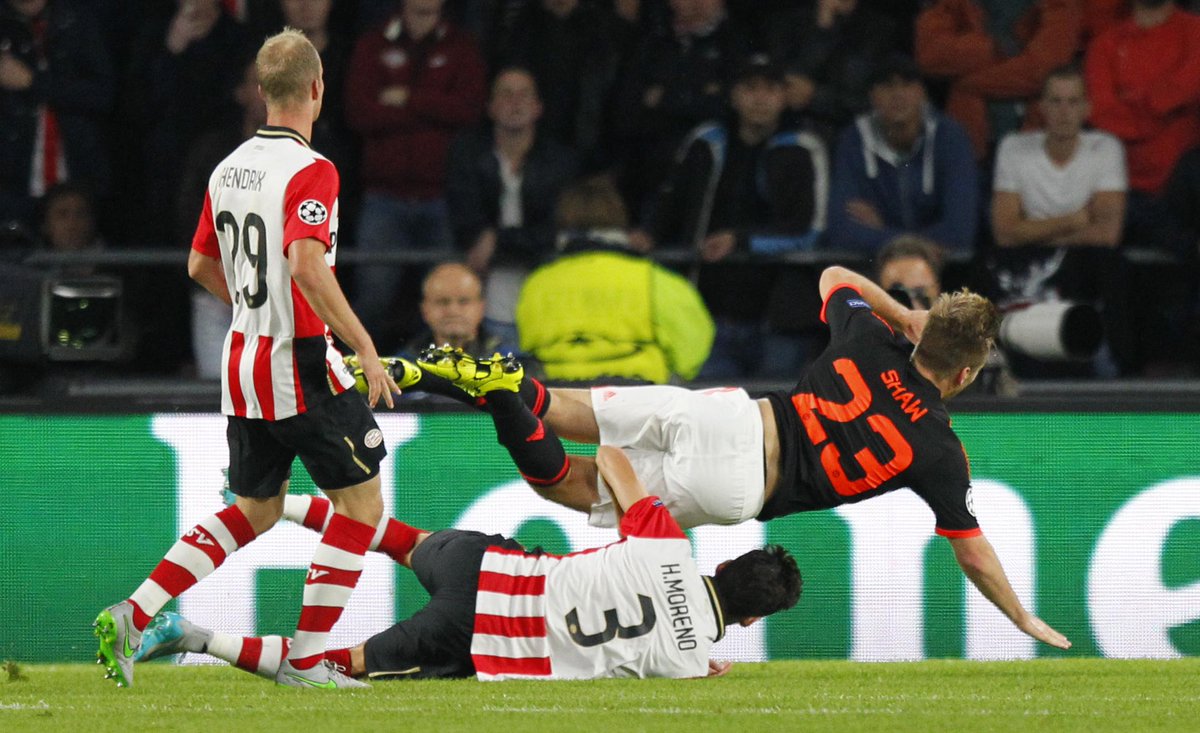 Manchester United defender Luke Shaw has posted a graphic photo of his right leg following surgery on the double break he suffered on Tuesday night.

Shaw was stretchered from the field during United’s 2-1 defeat to PSV Eindhoven earlier this week following a heavy challenge from Hector Moreno midway through the first half.

The Express newspaper have now published a photo that they suggest is of Shaw’s leg which the player supposedly shared on Snapchat shortly after his operation. You can see the photo below, but we must warn of it’s graphic content.

It’s far too early to predict how long the England international will be out for but he’s certainly facing a lengthy time on the sidelines with many believing it will be at least six months before Shaw returns to action.

It’s a bitter blow for the youngster as he had started the season well and was showing his best form since moving to Old Trafford from Southampton last summer.

He’s now facing a long road to recovery but hopefully he’ll be back before the end of the season and is able to prove his fitness ahead of the 2016 European Championships.