Manchester United will be hoping to close the gap at the top of the table when they take on Southampton at St Mary’s on Sunday afternoon.

United head into the game sitting fourth in the Premier League but can climb up to second and within two points of the leaders with a win tomorrow after Manchester City lost at home to West Ham tonight.

The Red Devils return to the Champions League in midweek was marred by Luke Shaw’s horrific leg break, which happened during a 2-1 defeat to PSV Eindhoven on Tuesday night, but Louis van Gaal will be keen to build on the back of last weekend’s impressive 3-1 win over Liverpool.

Southampton have endured a frustrating start to the new season with just one win in five games leaving Ronald Koeman’s men down in 15th position so the South Coast club will be hoping to climb up the division with a win tomorrow.

United will obviously be without Shaw for the majority of the season after his leg break but it will be interesting to see who fills-in at left-back over the coming months.

Ashley Young is a viable option but I think we might see Marcos Rojo come in tomorrow to offer more defensive solidity to the back four away from home.

Wayne Rooney is back in contention after recovering from a minor hamstring injury that forced him to miss the last two games.

Phil Jones is back in full training after a bout of thrombosis but won’t be in the squad as he still lacks match fitness.

Southampton are set to recall Saido Mane to the starting eleven after he missed last weeks draw with West Brom having returned back late from international duty.

However, Koeman will still be without Fraser Forster, Ryan Bertrand, Jordy Clasie and Florin Gardos, who are all missing through injury. 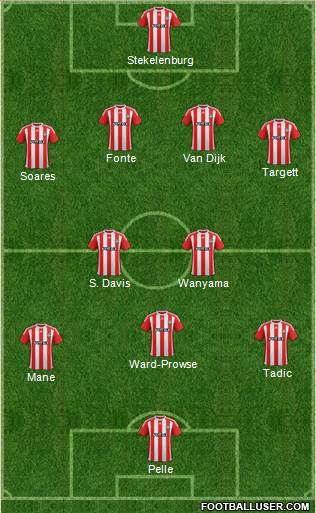 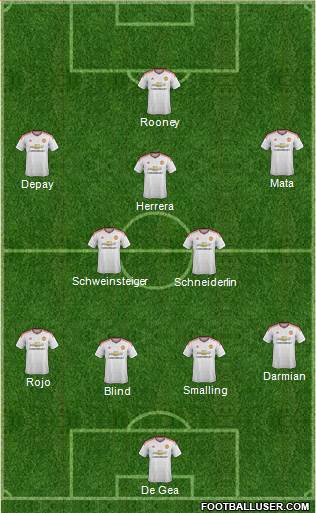 Southampton 1-2 Manchester United: United are yet to hit top form this season but they were looking far more impressive against Liverpool last weekend. The Saints have also started slowly and I have a feeling we may see the visitors edge this one.

Football-Talk can get new customers enhanced odds of 6/1 on United winning the game. My prediction of a 2-1 away win is on offer at 9/1 and I also like the look of Memphis Depay to open the scoring at odds of 13/2. If we combine those two bets in a score-cast, then we get very tempting odds of 35/1.