Arsenal take on Everton at the Emirates on Saturday afternoon. Here’s a preview with team news, likely line-ups, betting tips and predicted score.

Arsenal will look to go top of the Premier League when they take on Everton at the Emirates on Saturday evening.

We warmed up for the game in perfect style after beating Bayern Munich 2-0 in a crucial Champions League group stage match in midweek to keep alive our hopes of qualifying for the knockout stages.

The performance on Tuesday was outstanding and we executed our game-plan to perfection but we’re going to face a very different test tomorrow evening when the Toffees come to town.

Roberto Martinez’ side usually give us a good game and no doubt they’ll be looking to make up for last week’s disappointing 3-0 defeat to Manchester United at Goodison Park.

Our 3-0 victory over Watford ensured we remain second in the Premier League table and we can leapfrog Manchester City in to top spot with a win tomorrow ahead of the Manchester derby on Sunday.

Arsene Wenger has confirmed that Aaron Ramsey will be out until after the next international break after suffering a hamstring injury against Bayern on Tuesday night so Alex Oxlade-Chamberlain could come in on the right-wing.

The boss hinted that he’s ready to give Alexis Sanchez a well earned rest after describing the Chilean international as being ‘exhausted’ but I think we’ll wait until Tuesday’s League Cup clash to give him a breather.

Olivier Giroud may have played his way back in to the team after coming off the bench to score a vital goal against Munich but I think Wenger will stick with Theo Walcott up top.

Gabriel is back in full training after recovering from illness but I expect Arsene will probably stick with Per Mertesacker alongside Laurent Koscielny in the middle of defence.

Jack Wilshere, Danny Welbeck and Tomas Rosicky all remain sidelined through injury and Mikel Arteta has also been ruled out after picking up an injury in training.

Everton could welcome back Steven Pienaar and Brian Oviedo after the pair recovered from injury to play for the U21’s this week while Kevin Mirallas returns from suspension.

Tom Cleverely could also be back in contention if he passes a late fitness test but Leighton Baines, Mo Besic, Tony Hibbert and Aiden McGeady are still short of fitness. 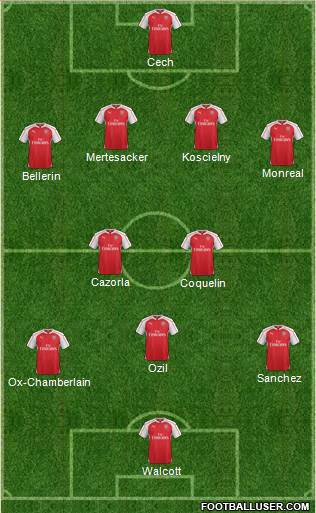 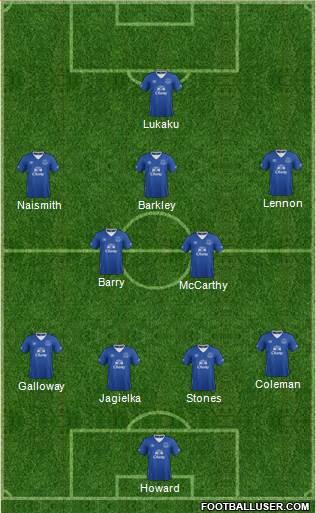 Arsenal 2-1 Everton: The Bayern game will have taken a lot out of the players so I’m expecting this to be a tough game. However, we have an excellent record at home to Everton and I think we’ll do enough to seal the three points tomorrow. We look solid at the back and with the boys firing going forward, we should be able to pick up another win.

Arsenal are the 2/5 favourites to win with the bookmakers but Football-Talk can get you crazy odds of 4/1 on a home win tomorrow if you click here. My prediction of 2-1 is on offer at odds of 15/2 while I also like the look of Theo Walcott opening the score at 7/2. If we combine those two bets in a score-cast, then we get very tempting odds of 18/1.