Manchester United will look to get back to winning ways when they entertain West Ham at Old Trafford on Saturday afternoon.

The Red Devils were held to a 1-1 draw by joint Premier League leaders Leicester City last weekend so Louis van Gaal will be keen to strengthen their title challenge with victory tomorrow.

The hosts could be trailing rivals Manchester City by four points come kick off if the Citizens beat Stoke in the 12.45 game so the pressure could be on to keep in touch at the top of the table.

However, United will face a tough test against West Ham who have proven on numerous occasions that they are a match for anyone away from home with Slaven Bilic’s men already beating Arsenal, Liverpool and Man City on the road this season.

The Londoners also beat Chelsea back in October so United have been given a stern warning not to underestimate the Hammers this weekend.

United have been dealt a major blow ahead of the game with the news that Wayne Rooney will miss out with an ankle injury that he suffered against Leicester last week.

Marcos Rojo is also missing after dislocating his shoulder in training so Daley Blind could deputise at left-back. Phil Jones remains unavailable for selection so Paddy McNair should continue alongside Chris Smalling at the back.

Ander Herrera is also still out with a hamstring injury so he joins Luke Shaw and Antonio Valencia on the sidelines, but Jesse Lingard is back in contention.

As for West Ham, Andy Carroll is expected to start up front after Diafra Sakho was ruled out for at least two months with a thigh injury.

The striker therefore joins Dimitri Payet and Enner Valencia on the sidelines but captain James Noble returns from suspension. 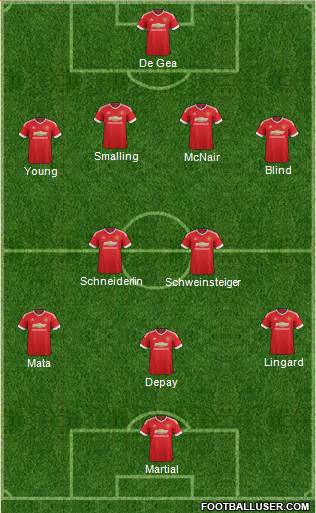 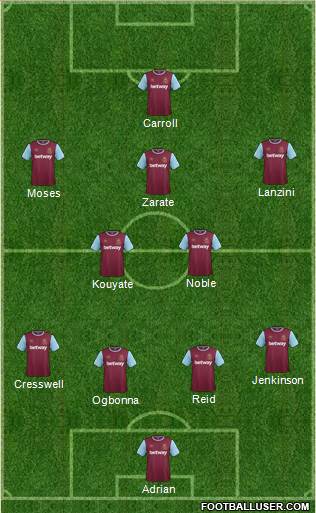 Man Utd 2-1 West Ham: United have looked short of ideas going forward in recent weeks and it’s led to criticism from the fans so the pressure is on van Gaal to start entertaining the Old Trafford faithful. I think the Hammers will pose a real threat tomorrow but have a feeling United will do just enough to secure the three points.

United are the 4/9 favourites to win the game and my prediction of 2-1 is on offer at 17/2. If you want even more value then I also like the look of Anthony Martial opening the scoring at odds of 7/2. If you combined those two bets in a score-cast then we get very tempting odds of 20/1.