Arsenal, Chelsea and Manchester City discovered their fate as the draw for the last 16 of the Champions League took place. Find out who they got here

Arsenal, Chelsea and Manchester City discovered their fate as the draw for the last 16 of the Champions League took place this morning.

Arsenal made hard work of their group but recovered from a disastrous start to book their place in the knockout stages with a stunning 3-0 victory at Olympiakos last Wednesday.

It ensured Arsene Wenger maintained his record of qualifying for the last 16 for each of the last 16 seasons but finishing second meant the Gunners would face a group winner and they’ve once again been drawn to play Spanish giants Barcelona.

Chelsea may be enduring a nightmare start to their Premier League title defence but they’ve saved some of their best form for Europe as they topped their group with a 2-0 victory over FC Porto last week.

Jose Mourinho’s men will now face familiar opposition as they’ve once again been drawn to face Ligue 1 champions Paris Saint-Germain in the last 16.

Manchester City made light work of their qualifying group as the Citizens edged out Italian champions Juventus to top Group D to qualify for the knockout stages for the first time.

Manuel Pellegrini’s side therefore avoided the big-guns in today’s draw and they’ve been handed a favourable draw after being pitted against Dynamo Kyiv for a place in the quarter finals.

Obviously Arsenal and Chelsea will be disappointed with their draws as they face tough tasks to reach the last 8 but Man City should be confident of progressing past Kyiv over two legs. 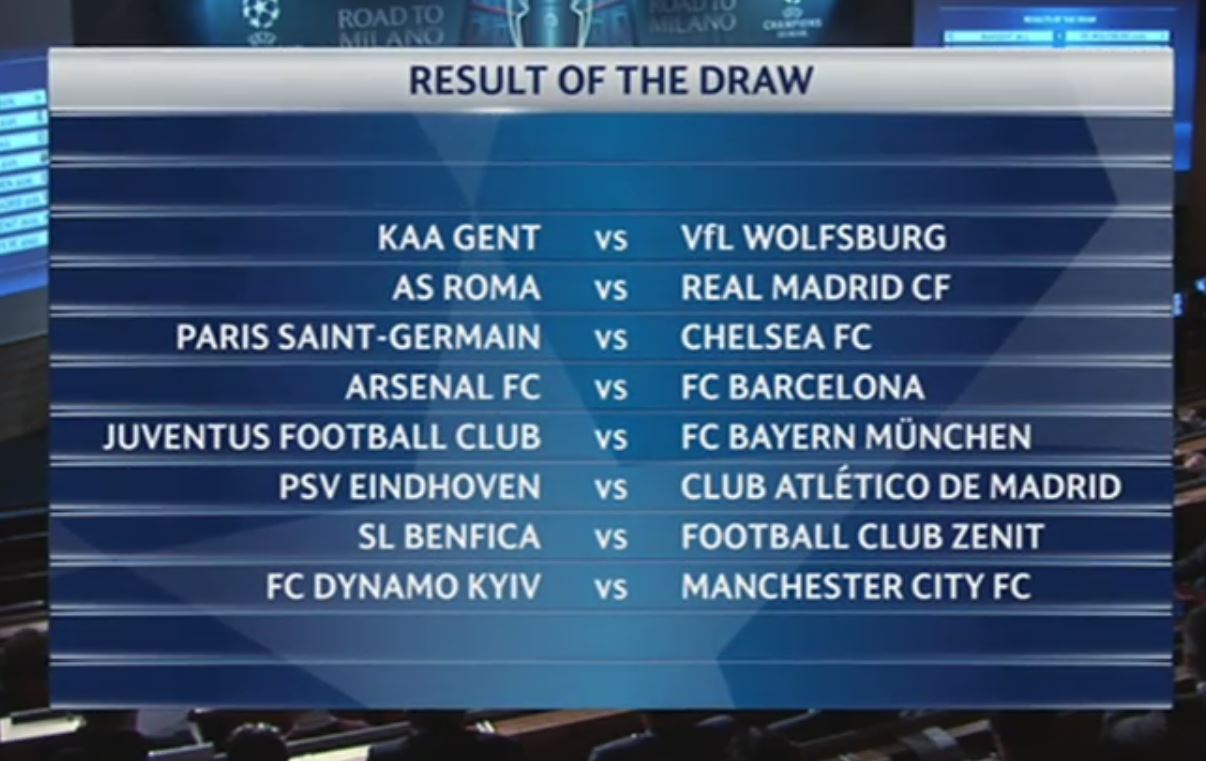