Liverpool will look to put one foot in the final of the Capital One Cup when they take on Stoke City in the first leg of their semi-final at the Britannia Stadium tonight.

The Reds will be looking to get back to winning ways after slipping to a disappointing 2-0 defeat away to West Ham on Saturday which has left them sitting eighth in the Premier League table.

Jurgen Klopp will be desperate to address the clubs inconsistent form and will be keen to get a taste of Wembley in his first season, so the German coach will hope to take a positive result back to Anfield ahead of the second leg.

Stoke also come in to the game off the back of a defeat having lost 2-1 at West Brom on Saturday but Mark Hughes’ men are strong at home and usually save their best form for when the big boys come to town.

Liverpool will have to make do without the services of Daniel Sturridge after the striker was ruled out of the game as he continues to work on his fitness following a hamstring injury.

Midfielder Jordan Henderson is also out after aggravating a long-standing heel injury while the match could come too soon for James Milner – who has been out in recent weeks with a calf problem.

Divock Origi continues to nurse a hamstring injury while Martin Skrtel is also out for another month with his own hamstring complaint, but Adam Bogdan could come in between the sticks having started in previous rounds of the League Cup.

Stoke have Geoff Cameron available after the American’s red card against West Brom was rescinded and he’s likely to line-up in midfield alongside Glen Whelan.

However, Phil Bardsley is a doubt with a hamstring injury while Shay Given remains out with a knee problem. 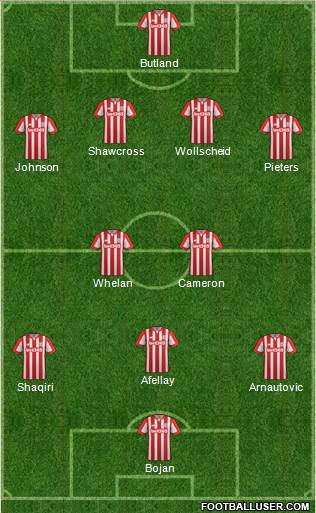 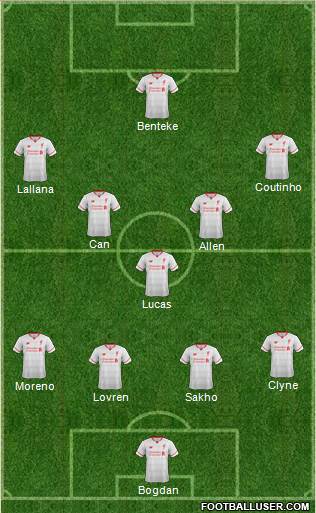 Stoke 1-1 Liverpool: The Reds inconsistent form has plagued them all season so it’s difficult to know which Liverpool will turn up tonight but they are in for a tough match no matter what. Stoke are a strong outfit at home so I expect them to get at least a draw this evening which will set things up nicely for the second leg.

The bookmakers are struggling to separate the two teams but Football-Talk can get you enhanced odds of 5/1 on a Reds win if you click here. My prediction of 1-1 is on offer at odds of 11/2 and I also like the look of Christian Benteke opening the score at 9/2. If we combine those two bets in a score-cast, then we get very tempting odds of 28/1.