Liverpool have been hit by a fresh injury blow ahead of their crucial games against Arsenal and Man Utd after a star was forced to undergo knee surgery. 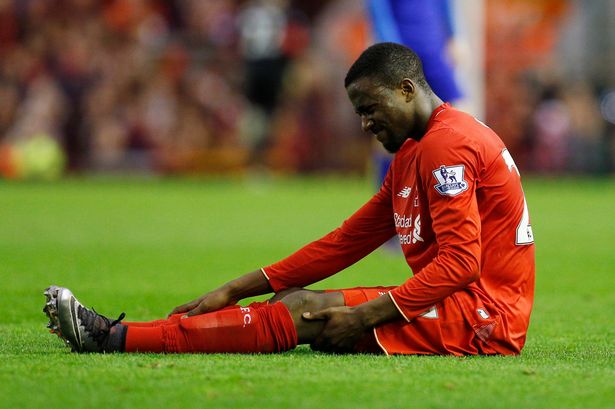 Liverpool have been hit by a fresh injury blow with striker Divock Origi ruled out for a further month after undergoing surgery on a knee injury, according to the Mirror.

Origi has been on the sidelines in recent weeks after suffering a hamstring injury during the Merseysiders Boxing Day victory over Leicester City at Anfield.

There were hopes that the Belgian international would be fit to make his return either against Arsenal on Wednesday night or failing that, when Manchester United arrive at Anfield on Sunday.

However, it looks like Liverpool have been dealt yet another injury blow as the Mirror claim that Origi has been forced to fly back to Belgium where he’s undergone surgery on a new knee injury and is now expected to be sidelined for a further month.

The news will come as a fresh blow to Jurgen Klopp as the Reds boss is already having to deal with a lengthy injury list with as many as 11 senior first team players missing for the recent 2-2 FA Cup draw at Exeter.

Danny Ings could miss the rest of the season due to a serious knee injury while Daniel Sturridge is still working his way back to fitness after another injury-plagued campaign, so Christian Benteke remains Klopp’s only recognised striker to choose from.

Roberto Firmino has played as a false 9 at times this season but it remains to be seen whether Klopp will go with the Brazilian international or stick with Benteke against Arsenal and United over the coming week.

There was some better news on the injury front for Liverpool yesterday as Klopp confirmed that Kolo Toure and Mamadou Sakho are set to return to the squad on Wednesday night while Jordon Ibe and Jordan Henderson are also on the comeback trail.