With the winter transfer window in full swing, manager’s are working hard trying to strengthen their squads ahead of the second half of the season. Today, Arsenal make a fresh move for Ben Chilwell… 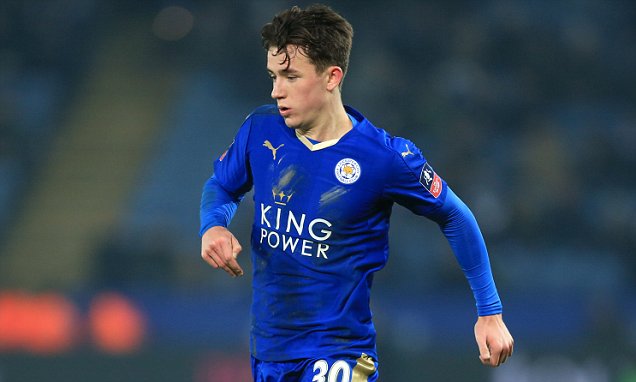 Arsenal have made a fresh bid to sign Liverpool target Ben Chilwell as Arsene Wenger looks to strengthen his defensive options before the end of the month, according to the Mirror.

Chilwell is a product of the Leicester City youth academy and has developed in to one of the most promising young full-backs in English football since breaking in to the first team squad this season.

The 19-year-old has recently returned from an impressive two-month loan spell at Huddersfield Town and his potential has seen him catch the eye of some top clubs in the Premier League.

Arsenal’s have been tracking Chilwell for some time and saw a £3m offer rejected last summer [via the Mirror] while the Telegraph reported last month that Liverpool were lining-up a £4m bid for the left-back.

No formal offer has come in as yet from the Merseysiders and it appears that has opened the door for Arsenal to renew their interest with the Mirror reporting today that the Gunners have now tabled an improved second offer with Arsene Wenger said to be keen to lure him to the Emirates before the end of the month.

The newspaper claims that Leicester are desperately trying to persuade Chilwell to sign a new deal at the King Power but are already planning for life without him and have identified Norwich’s Martin Olsson as a potential replacement.

We’ll have to wait and see whether Arsenal’s bid will force Liverpool into action but it looks like Leicester are going to face a tough time keeping hold of the promising defender beyond the January window.

Nacho Monreal signed a new three-year deal with Arsenal last week and the Spaniard has made the left-back spot his own this season, but Kieran Gibbs may look for a move in the summer in search of first team football and it appears Wenger has identified Chilwell as his long-term replacement.

If Arsenal could get a deal agreed, Chilwell would become the North Londoners second major signing of the winter window after Mohamed Elneny arrived from FC Basel earlier this month.