Chelsea take on Stoke at Stamford Bridge on Saturday afternoon. Here’s a preview with team news, likely line-ups, betting tips and predicted score for the game

Chelsea will be looking to continue their recent good form when they take on Stoke City at Stamford Bridge on Saturday afternoon.

The Blues are still yet to lose a Premier League game under Guus Hiddink following his arrival as interim boss in December and they made it three consecutive league wins with a 2-1 victory at Norwich in midweek.

The victory at Carrow Road on Tuesday night saw Chelsea climb up to tenth place in the table and they could go seventh with a win tomorrow if other results go their way, but it’s still going to take something special for Hiddink to break in to the top four with just 10 games remaining.

Stoke arrive in the capital in good form themselves having won their last three games and they currently sit three points clear of the hosts in the table, so Mark Hughes will be looking to extend that advantage with a positive result against his former team tomorrow.

Chelsea will continue to be without John Terry as the skipper is still nursing a niggling hamstring injury that’s plagued him for the last four games.

Hiddink has promised not to let Wednesday’s huge Champions League clash with Paris Saint-Germain affect his selection and Diego Costa is set to lead the line up front once again.

Kenedy is a doubt with a groin injury so Baba Rahman could start at left-back while Eden Hazard is also a doubt and I don’t think he’ll be risked ahead of the PSG game, so Bertrand Traore could keep his place in attack.

Kurt Zouma and Radamel Falcao remain unavailable with long-term injuries while Pedro is still out with a hamstring problem.

Stoke will be without Phil Bardsley after he pulled his calf in midweek but Geoff Cameron could be passed fit despite nursing an ankle injury.

Ryan Shawcross is still out with a back injury so he remains on the sidelines along with Charlie Adam, Shay Given, Glen Johnson and Marc Wilson. 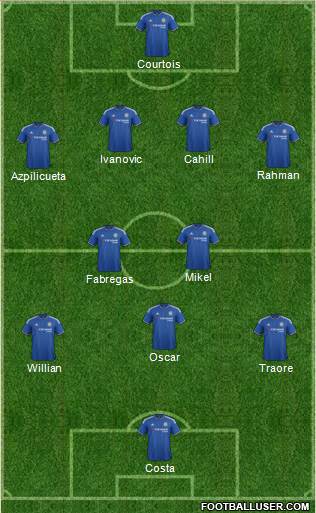 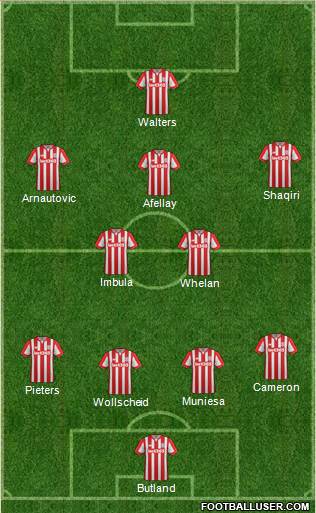 Chelsea 2-0 Stoke: The Blues have improved considerably under Hiddink and while I’m sure the PSG game may be a distraction for the players, I still think the home side will ease to victory over Stoke this weekend.

Chelsea are the 8/15 favourites with the bookmakers while my prediction of 2-0 is on offer at 6/1. If you want more value then I also like the look of Diego Costa as the first goalscorer at 3/1, and if we combine those bets in a score-cast then we get very tempting odds of 12/1.