Liverpool take on Crystal Palace at Selhurst Park on Sunday. Here’s a preview with team news, likely line-ups, betting tips and predicted score for the game

Liverpool will be looking to continue their push for the top four when they take on Crystal Palace at Selhurst Park on Sunday afternoon.

The Reds bounced back from last weekend’s disappointing defeat in the Capital One Cup final with a 3-0 thrashing of Manchester City at Anfield on Wednesday night.

That win briefly saw the Merseysiders move to within six points of the top four but with City battering Aston Villa this afternoon, they’ve extended the advantage to nine points.

Therefore, Liverpool boss Jurgen Klopp knows only a win tomorrow will keep alive any slim hopes of making a late push for the Champions League qualification places during the closing stages of the season.

Palace come in to the game in poor form having not won a league game since mid-December so Alan Pardew will be desperate to get their season back on track before they drop back in to the relegation mix.

Liverpool suffered a blow with the news that Lucas Leiva has been ruled out for up to six weeks with a thigh injury but Daniel Sturridge is set for a recall after sitting out the City game with cramp.

Mamadou Sakho is also expected to come back in after recovering from a minor head injury while Martin Skrtel is pushing for a recall after overcoming a hamstring injury.

Alberto Moreno and Philippe Coutinho should also get recalls after being rested in midweek with Jon Flanagan perhaps feeling unfortunate to miss out after impressing last time out.

As for Palace, Connor Wickham and Wayne Hennessey are expected to pass late fitness tests while Pape Souare will start after returning from suspension.

James McArthur and Jason Puncheon are expected to return to training on Monday but this game will come too soon for the midfield duo. 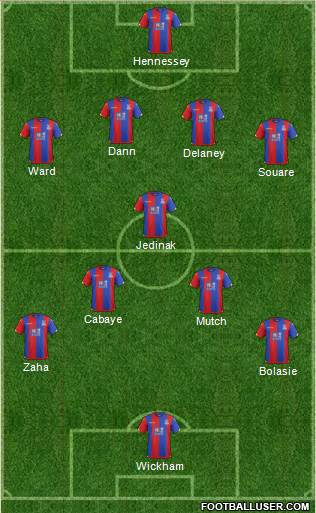 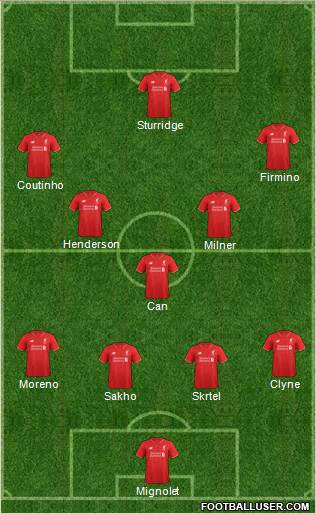 Crystal Palace 1-2 Liverpool: The Reds were excellent against City in midweek and although I expect Palace to give them a stiff test tomorrow and the hosts have an excellent recent record in this fixture, I can see Liverpool heading back to Merseyside with all three points.

Liverpool are the 11/10 favourites but Football-Talk can get you enhanced odds of 7/1 on a Liverpool win – just click here to take advantage of this limited time offer. My prediction of 2-1 is available at odds of 17/2 while I also like the look of Sturridge to open the scoring at 9/2. If you combined those two bets in a score-cast then we get very tempting odds of 25/1.