Liverpool take on Man Utd at Anfield in the Europa League. Here’s a preview with team news, likely line-ups, betting tips and predicted score for the game

The Reds warmed up for the game with a hard fought 2-1 win at Crystal Palace on Sunday while Jurgen Klopp’s men booked their place in the last-16 of the Europa League with a narrow 1-0 aggregate win over Augsburg.

United arrive on Merseyside off the back of a disappointing 1-0 defeat at West Brom while they eased in to the next phase in Europe with a 6-3 aggregate win over Danish minnows FC Midtjylland.

With Champions League qualification up for grabs for the winner of this season’s competition and both United and Liverpool currently sitting outside the top four in the league, this game has added significance for both teams.

However, Liverpool are going to have to improve upon their recent record against United if they’re going to progress to the quarter finals as Louis van Gaal recorded a four straight victory over the Merseysiders back in January with a 1-0 win at Anfield.

Liverpool are set to recall Daniel Sturridge to the starting eleven after resting the striker at Palace on Sunday with Divock Origi likely to drop out.

Nathaniel Clyne is also set to come back in to the side with Jon Flanagan set to miss out as he’s ineligible to play in the Europa League.

James Milner is a major doubt for the game after being sent home from training on Wednesday with a virus.

United will be without Jesse Lingard through suspension while Adnan Januzaj is cup-tied having already played for Borussia Dortmund in the competition.

Antonio Valencia is set to return to the squad after recovering from a broken foot but a place on the bench is the best he can hope for.

Bastian Schweinsteiger and Phil Jones are still working on their fitness so remain unavailable along with Wayne Rooney, Ashley Young, Will Keane and Luke Shaw. 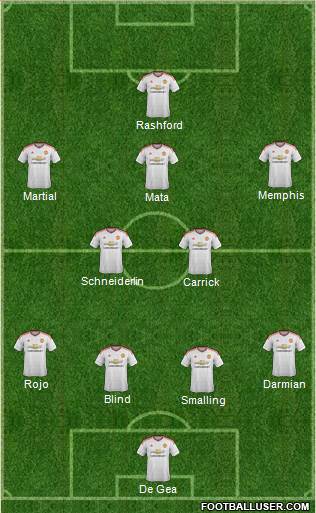 Liverpool 1-0 Man Utd: This should be a cracking tie but I expect the first leg to be a tense affair with neither side wanting to give too much away. Liverpool will obviously want to take an advantage to the second leg at Old Trafford but will be weary not to concede an away goal. I expect the atmosphere to be electric at Anfield and think the home support could help Liverpool edge this one 1-0.

Liverpool are the 11/10 favourites but Football-Talk can get you enhanced odds of 7/1 on a Liverpool win or 10/ for an away win – just click here to take advantage of this limited time offer. My prediction of 1-0 is available at odds of 11/2 while I also like the look of Sturridge to open the scoring at 9/2. If you combined those two bets in a score-cast then we get very tempting odds of 16/1.