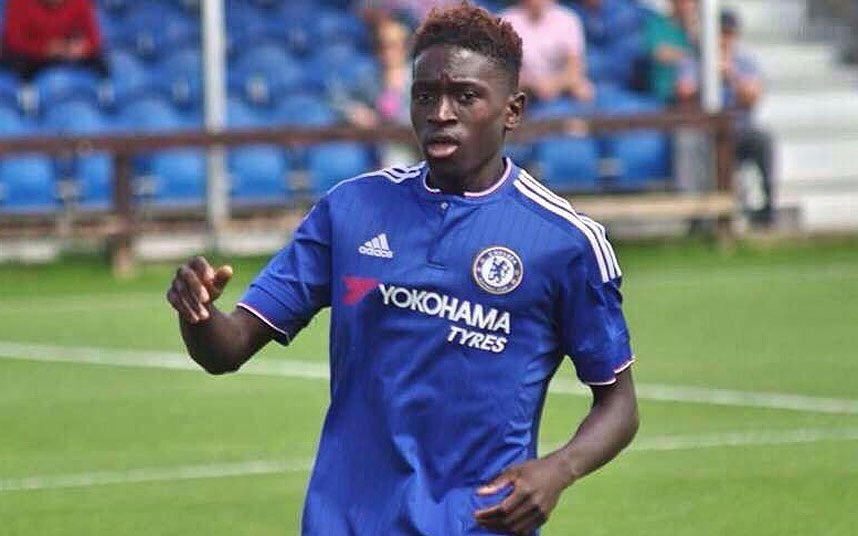 Arsenal are set to wrap up the signing of highly-rated Chelsea midfielder Domingos Quina after beating off competition from the likes of Manchester United and Tottenham, according to the Mirror.

Quina was born in Guinea Bissau but was brought up in Portugal and came through the youth ranks at Benfica having joined the Portuguese giants as a kid.

The talented youngster was lured to West London by Chelsea in 2013 at the age of 13 and was regarded by the Blues coaching staff as one of their most promising young players.

However, Quina has decided to leave Stamford Bridge after becoming frustrated at his lack of progress at the club and it’s led to strong interest from a whole host of top Premier League clubs.

The Mirror claim that Arsenal, Manchester United and Tottenham have all been showing a keen interest in signing the teenager but it looks as though the Gunners are now closing in on his signature.

The newspaper states that Quina is set to move to Arsenal after they put forward an offer to the midfielder and the North Londoners now expect to wrap-up the signing within the next 48 hours.

We’ll have to wait and see if the deal goes through without any late hiccups but it would be something of a coup if Arsenal can secure Quina’s signature as he’s regarded as one of the most exciting young talents to come out of Portugal in recent years.

He’s predominantly played as a central attacking midfielder who’s known for his dribbling and shooting skills and he’s already a regular in the Portuguese Under-17’s side, with seven goals to his name in just eight caps so far.

It comes as no surprise that Quina has decided to leave Chelsea as they are hardly known for giving youth a chance in recent years with the defending Premier League champions usually opting to farm their young talent out on loan rather than give them a shot at the first team.

Arsenal on the other hand have built a reputation for putting their trust in youth with Arsene Wenger regularly deciding to promote from within the clubs youth system rather than splash out on expensive new signings, so Quina is sure to get a fair chance at breaking through at the Emirates.