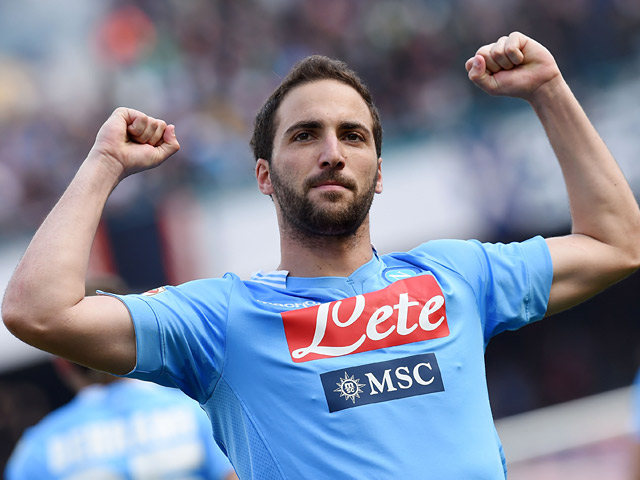 Jose Mourinho has informed friends he will take over at Manchester United this summer is already plotting a £70m move for Napoli hitman Gonzalo Higuain, according to the Mirror.

Louis van Gaal’s position as United manager has come under intense scrutiny following a disappointing campaign and even an FA Cup win might not be enough for the Dutchman to keep his job.

Mourinho has been the bookmakers favourite to take over from van Gaal for several months and the Mirror claim that the former Chelsea supremo informed close friends last week that he will become the new United manager this summer.

The newspaper says that the so-called ‘Special One’ is already working on strengthening the United squad this summer and is plotting a £70m move for Napoli striker Gonzalo Higuain.

The Argentinean international has enjoyed a superb season in Italy that’s seen him score 32 goals in just 38 games in all competitions for the Serie A outfit and United could certainly do with that kind of threat in front of goal.

The Manchester giants have only managed 40 Premier League goals so far this season and have relied heavily on teenage striker Marcus Rashford in recent months while Wayne Rooney has been on the sidelines.

Anthony Martial is United’s top scorer in the league this season with just 8 goals so whoever is in charge this summer is expected to bring in at least one new striker and Higuain would be a superb addition.

However, even a £70m offer may not be enough to land the South American as the Mirror claim that Napoli value him at nearer £95m, but with just two years remaining on his contract, a compromise should be found if the player indicates he wants to move to Old Trafford.