Chelsea are closing in on the signing of Bayern Munich midfielder Arturo Vidal after holding contract talks with his agent in London last week.

The opening of the summer transfer window is fast approaching so we’ll bring you all the latest transfer rumours and gossip from around the globe. Today, Chelsea are linked with Arturo Vidal… 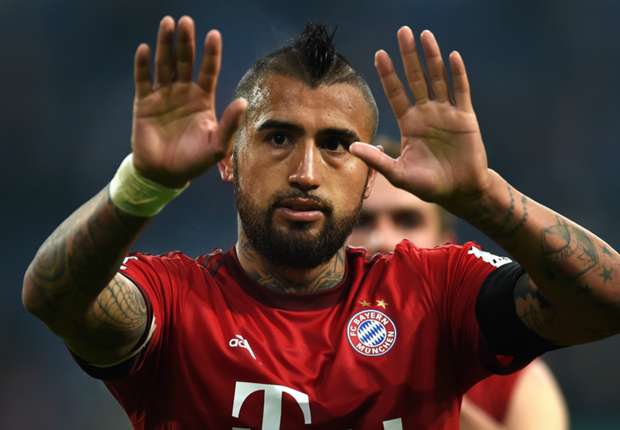 Chelsea are closing in on the signing of Bayern Munich midfielder Arturo Vidal after holding contract talks with his agent in London last week, according to the Express.

The Blues are set to undergo a complete overhaul this summer with in-coming boss Antonio Conte expected to make several moves in the transfer market to rejuvinate the deposed Premier League champions following a disastrous campaign.

Conte isn’t due to take over from interim boss Guus Hiddink until he fulfill’s his duties with the Italian national team at Euro 2016 this summer but it appears the 46-year-old is already making plans for his new job.

The Express are citing a report coming out of Italy that claims Conte has made Vidal one of his prime targets after the pair enjoyed great success together during their time at Juventus.

Vidal made over 120 Serie A appearances for the Turin giants, helping them to three league titles under the guidance of Conte, and the Italy coach confirmed earlier this month that he’d love to be reunited with the powerful midfielder.

“I’d take Vidal too. He’s an amazing player, he has extraordinary physical and technical attributes,” Conte is quoted as saying by the Express

“If I get to coach him a little more it’d be fantastic – I want him in all my teams.”

If these latest reports prove to be accurate then it looks as though Conte may get his wish as the Express claim that Vidal is close to moving to Stamford Bridge after Chelsea officials met with his agent, Fernando Felicevich, in London last week to discuss contract terms.

The 28-year-old only joined Bayern Munich last year and the newspaper says that Felicevich warned Chelsea that the German champions will be reluctant to lose Vidal this summer so advised they start the bidding at £40m to try and persuade them to cash-in.

We’ll have to wait and see how this plays out but I would personally be surprised if Vidal decides to leave Bayern this soon as he’s shown no sign of being unhappy with the Bundesliga giants.

However, he’d be a sensational signing if Chelsea were able to somehow lure him to West London. The Chilean international is a powerful box-to-box midfielder who should adapt well to the physical nature of Premier League football.

Nemanja Matic has failed to live up to his superb form of last season so Conte could be looking at Vidal as the ideal partner for Cesc Fabregas in the middle of the park next season.