Arsenal take on Norwich at the Emirates on Saturday evening. Here’s a preview with team news, likely line-ups, betting tips and predicted score for the game

Arsenal will be looking to reclaim third spot in the Premier League table when we take on Norwich City at the Emirates on Saturday evening.

Last weeks disappointing 0-0 draw at Sunderland has left us in fourth spot on goal difference from Manchester City so we can climb above the Citizens with a positive result ahead of their trip to Southampton on Sunday.

However, victory is essential as fifth-placed Manchester United are just five points behind with a game in hand so we need to cement our position in the top four or risk missing out on Champions League qualification for the first time in 20 years.

Norwich arrive in the capital desperate for points themselves as they currently sit third from bottom in the table so I’m sure the Canaries will be fighting for their lives on Saturday evening.

Arsene Wenger has riled disgruntled fans even further today after suggesting a negative atmosphere at the Emirates has contributed to our title failure so the boss can expect the planned protest to be even more vociferous tomorrow.

Santi Cazorla could make his return to the squad after getting another full weeks training under his belt having recovered from knee and Achilles injuries which have kept him out for five months, although a place on the bench is the best he can realistically hope for.

Alex Oxlade-Chamberlain has also resumed full training this week after overcoming a knee injury that’s kept him out for two months but this game is likely to come too soon.

For the first time this season, Wenger has no serious injury problems to contend with so we have a strong squad available for the game tomorrow.

Norwich skipper Russell Martin is set to return after recovering from a virus but Timm Klose and Andre Wisdom have been ruled out for the rest of the season. 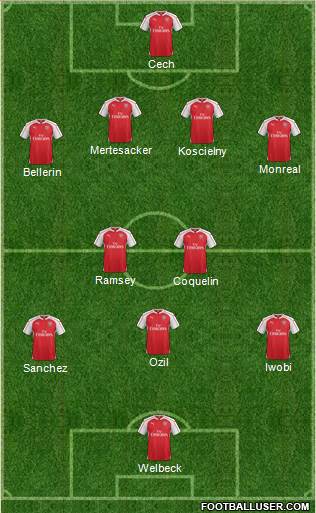 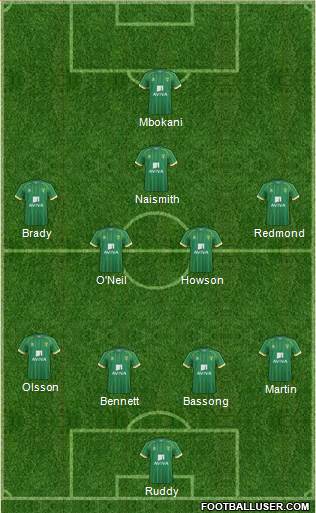 Arsenal 2-0 Norwich: It’s going to be interesting to see what kind of atmosphere there is at the ground following Wenger’s comments today and I just hope any negativity aimed towards the management doesn’t affect the players too much. Norwich are going to be fighting for every ball and we have to match that level of intensity if we’re to win this game. However, we have far more quality than the visitors so hopefully that will shine through in the end.

Arsenal are the 1/4 favourites to win the game but Football-Talk can get you enhanced odds of 3/1 on a home win – just click here to take advantage of these crazy odds. My prediction of 2-0 is on offer at 6/1 while I also like the look of Danny Welbeck to open the scoring at  4/1. If we combined those two bets in a score-cast then we get very tempting odds of 16/1.