Tottenham Hotspur will look to keep their Premier League title hopes alive when they take on Chelsea at Stamford Bridge this evening.

Leicester City’s celebrations were put on hold with a 1-1 draw at Manchester United on Sunday afternoon and the result has left the door slightly open for Spurs to remain in the hunt.

Mauricio Pochettino’s men know only victory will do as that will see them close the gap on the leaders to five points with two games left to play, but anything other than three points against Chelsea will hand the title to Leicester.

The Blues have nothing left to play for after a disastrous campaign but the Chelsea players have confirmed they’ll be determined to end their London rivals’ title hopes at the Bridge this evening.

Chelsea have been handed a major double boost with defenders John Terry and Gary Cahill expected to return to the starting eleven.

Skipper Terry has missed 10 of the last 12 games with hamstring and Achilles injuries while Cahill missed the win at Bournemouth last weekend due to illness.

Thibaut Courtois serves the final of his two-match suspension so Asmir Begovic will continue in goal but Loic Remy (groin) and Kurt Zouma (knee) remain out.

Tottenham will make a late decision over the fitness of Eric Dier after he suffered concussion during the 1-1 draw with West Brom last Monday night but the midfielder is likely to be passed fit to play.

Dele Alli will miss the final three games of the season after being slapped with a three-game ban for punching Claudio Yacob in the stomach last week while Nabil Bentaleb remains out with a knee injury. 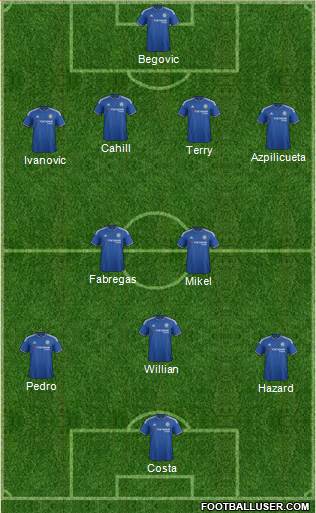 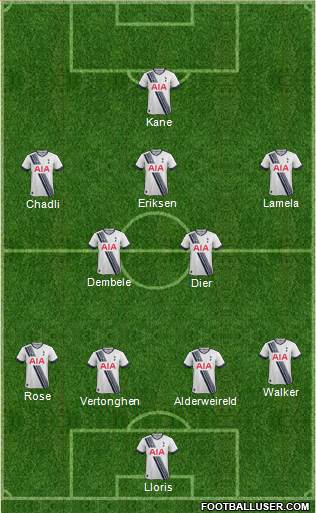 Chelsea 2-2 Tottenham: Spurs have been given a title lifeline and they’ll be determined to keep the pressure firmly on Leicester with a win tonight. However, Chelsea should be desperate to end their hopes of winning the Premier League and Spurs haven’t won any of their last 25 meetings at Stamford Bridge, so I can’t see that run ending later. An entertaining 2-2 will see Leicester crowned champions.

Spurs are the narrow 13/8 favourites with the bookmakers but I think it’s virtually impossible to call how this one will go. It’s a London derby with high stakes and both teams are going to be up for it. In terms of betting, you’re almost better off putting your money on red or black at the casino. The only difference between football games and casino games is you probably have more control over the outcome at the casino!

However, if you do want to have a punt on this game, my prediction of 2-2 is available at odds of 10/1 while I also like the look of Harry Kane to open the scoring at 7/2. If you combined those two bets in a score-cast then we get very tempting odds of 35/1.