Kick off for tonight’s big clash between West Ham and Manchester United has been delayed until 20.30pm after the United coach was attacked outside Upton Park.

Kick off for tonight’s big Premier League clash between West Ham and Manchester United has been delayed until 20.30pm after the United coach was attacked outside Upton Park.

It’s going to be an emotional night as this is the final game to be played at West Ham’s famous ground but it seems emotions have boiled over out on the streets before a ball has even been kicked.

The United coach was already running late due to congestion in the capital but it was held up further outside the ground and was attacked by hundreds of West Ham fans who were lining the streets of East London.

As you can see from the footage below, the United team bus had it’s windows smashed as West Ham supporters threw missiles while smoke bombs were also set off which led to the United squad arriving late at the stadium.

Following discussions with referee Mike Dean, United have been granted extra time to undertake their pre-match preparations and kick off has been put back until 20.30pm.

It’s hardly the ideal preparation ahead of what’s a vital game for United as they look to secure the win that will see them leapfrog Manchester City in to fourth place in the table.

Here are some photos and a video from outside the ground: 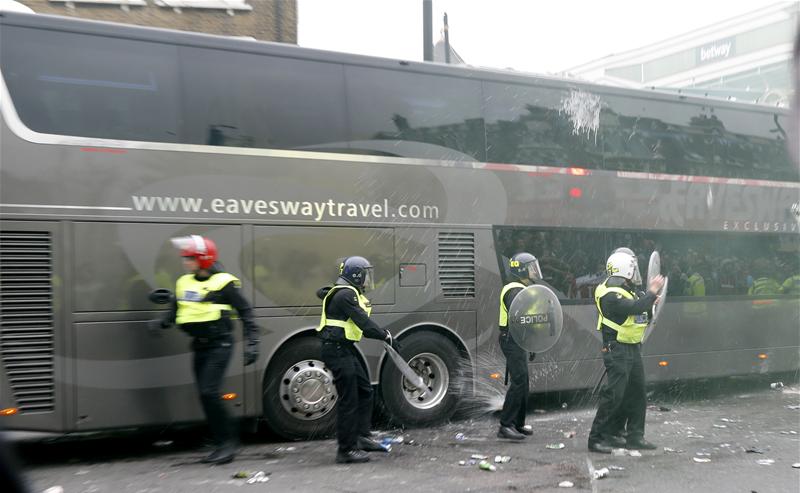 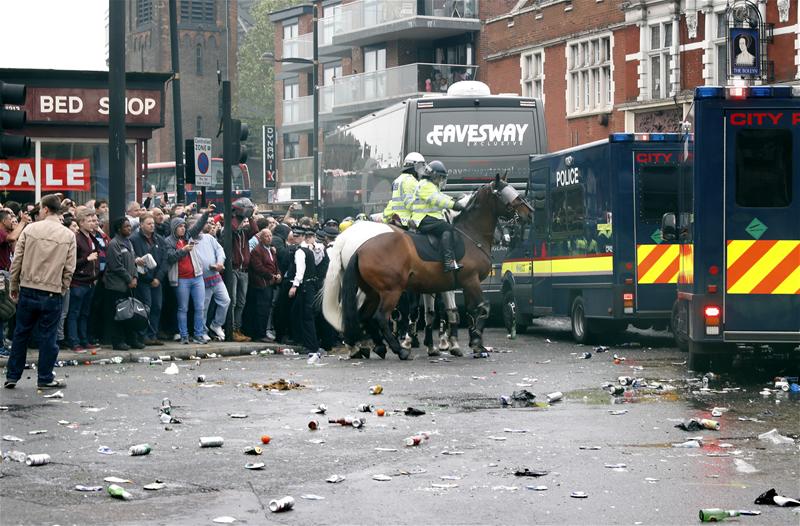 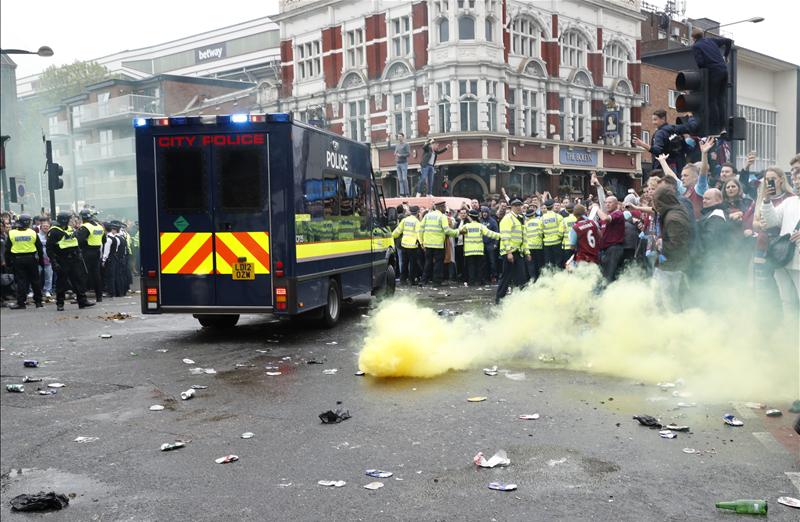 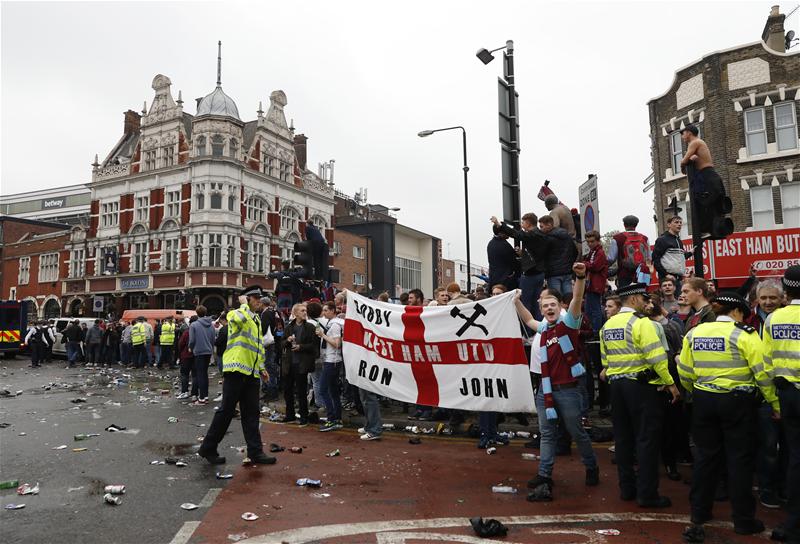 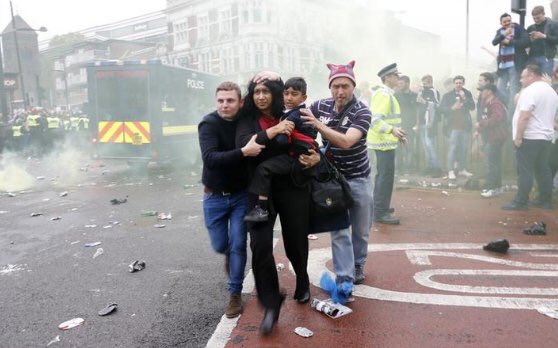 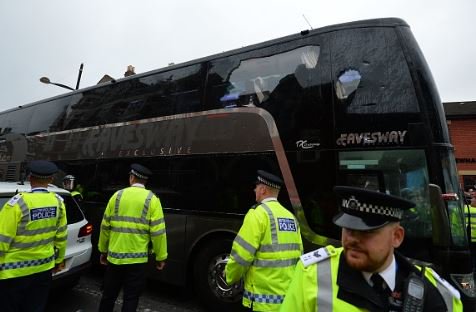 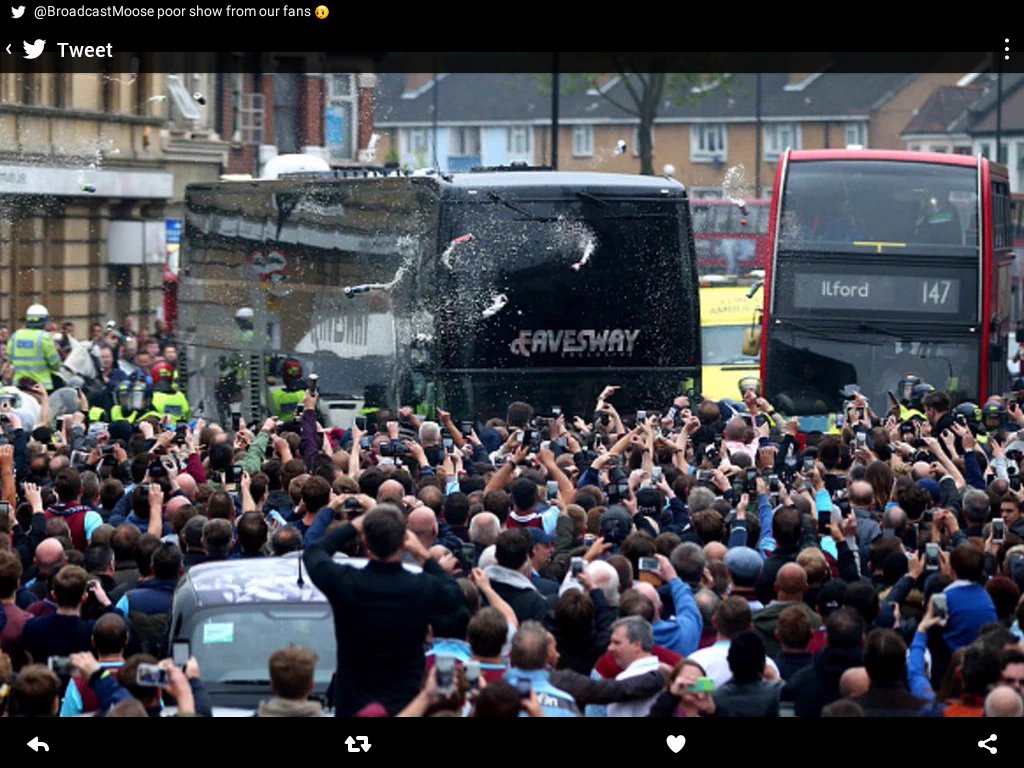