The opening of the summer transfer window is fast approaching so we’ll bring you all the latest transfer rumours and gossip from around the globe. Today, Arsenal and Manchester United are linked with Javier Mascherano…. 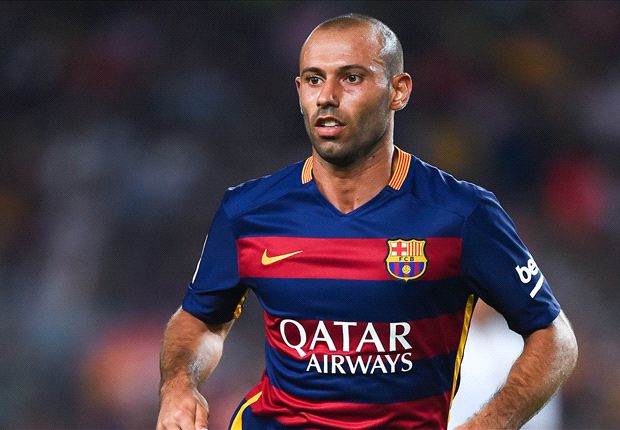 Arsenal and Manchester United are among the clubs who’ve put forward audacious offers to sign want-away Barcelona defender Javier Mascherano this summer, according to Mundo Deportivo.

Mascherano has been an integral part of the Barca starting line-up since being converted to a centre-back having previously played as a defensive midfielder when he arrived from Liverpool in 2010.

The Argentinean international has enjoyed huge success during his six years at the Nou Camp having won a whole host of trophies including four La Liga titles and two Champions League’s.

However, with his 32nd birthday approaching next month, Mundo Deportivo claim that Mascherano has now made it clear he wants a fresh challenge and will meet with the Barca hierarchy to try and negotiate his way out of the club this summer.

While many reports suggest a move to Italian champions Juventus could be on the cards, the Spanish newspaper suggests that Arsenal and Manchester United are among the clubs that have also put forward tempting offers to the Mascherano camp.

The 31-year-old knows English football well from his time with West Ham and Liverpool and there is no doubt he’s be a sensational signing for either Arsenal or United if they were able to somehow lure him back to the Premier League.

Gunners boss Arsene Wenger has just signed midfielder Granit Xhaka but the Gunners also need a top class centre-back to partner Laurent Koscielny as neither Gabriel or Per Mertesacker have shown they are the answer to the North Londoners problems at the back.

Jose Mourninho is widely expected to be announced as the new United boss any day now with Sky Sports claiming he’s now agreed personal terms with the Red Devils and a partner for Chris Smalling is likely to be a priority for the Portuguese coach.

Mascherano would be a superb addition for either club, however, Mundo Deportivo claim his buyout clause is set at €100m (£75m) and with his contract not expiring until 2018, Barca will supposedly refuse to sell him for anything less.

Therefore, unless Mascherano can come to an agreement with Barca, any potential deal is going to be a HUGE outlay and it would make little financial sense to spend such an amount on a player who’s approaching the final years of his career, no matter how good a signing he’d be in the short-term.

It’s going to be interesting to see how this plays out as Barcelona aren’t often put in a position where an important player asks to leave the club, and I have a feeling Mascherano will end up staying at the Nou Camp for at least another season leaving Arsenal and United having to look at other targets.