The Premier League fixtures for the 2016/17 season have been announced this morning and Jose Mourinho will begin his new reign away to Bournemouth. The Premier League fixtures for the 2016/17 season have been announced this morning and Jose Mourinho will begin his new reign away to Bournemouth.

United will then entertain Southampton as Mourinho gets his first taste of Old Trafford as the home manager before the Red Devils face an away trip to Hull City at the end of August.

They may have two away games to navigate but an opening three fixtures against Bournemouth, Southampton and Hull is a favourable start for Mourinho and he’ll be hoping to have nine points on the board by the end of August.

The first blockbuster game for Mourinho to encounter sees Manchester City arrive at Old Trafford after the September international break when Pep Guardiola will face-off against his old foe.

Watford away is then followed by a visit from the newly-crowned champions as Leicester arrive in Manchester at the end of September.

The festive period has also been kind to United as they have back-to-back home games against Sunderland and Middlesbrough before taking on West Ham on January 2nd.

However, United do have a tricky run-in with Chelsea [H], Arsenal [A] and Tottenham [A] all coming in the final six games when Mourinho will be hoping to be battling-it-out for the title.

Here are all of United’s Premier League fixtures for the 2016/17 season: 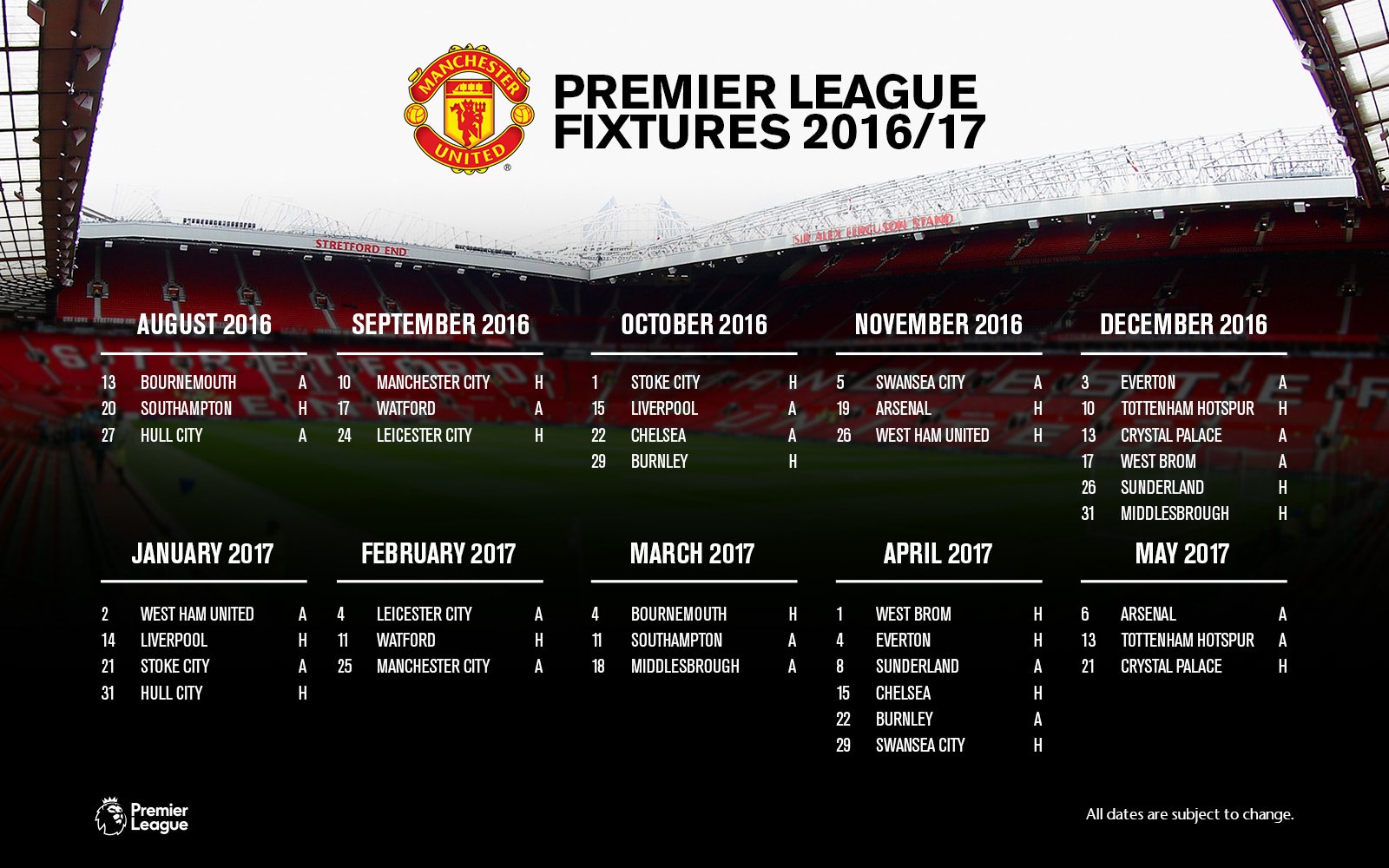