The opening of the summer transfer window is fast approaching so we’ll bring you all the latest transfer rumours and gossip from around the globe. Today, Liverpool are linked with Marko Pjaca…. 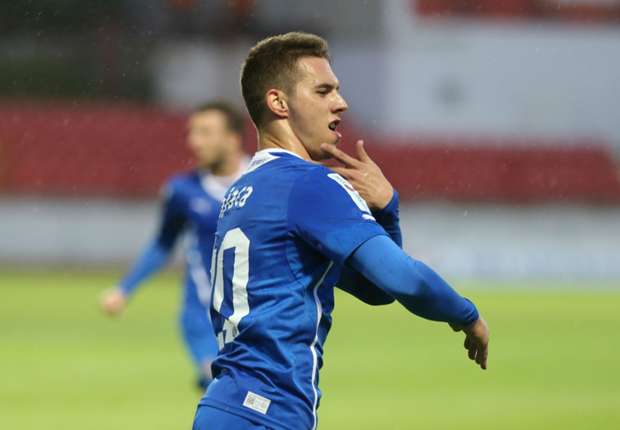 Liverpool are ready to pay £12m to sign Dinamo Zagreb midfielder Marko Pjaca this summer with the Croatian international’s agent confirming interest from England, according to the Mirror.

Jurgen Klopp has already been busy in the transfer market this summer as he looks to put his own stamp on the squad he inherited back in October with goalkeeper Loris Karius joining midfielder Marko Grujic and defender Joel Matip in making the move to Anfield.

It looks as though the German coach is looking to further strengthen his squad as the Mirror are citing reports coming from Gazzetta dello Sport that claim Klopp has identified Marko Pjaca as a potential new addition this summer.

The Italian outlet suggests that after seeing a low opening bid rejected, Liverpool are ready to go back with an improved second offer worth £12m to persuade Dinamo Zagreb to cash in on the 21-year-old midfielder.

However, the Merseysiders aren’t the only club in the running as the newspaper claims that AC Milan are also pushing hard to sign the talented Croatian international, although the Serie A giants are yet to formalise their interest with an offer.

Pjaca’s agent Marko Naletilic has confirmed Milan’s interest but has also revealed clubs from England, Germany and Italy are keen on snapping up his client this summer.

“I can confirm that Milan like the player, and so do many top European clubs,” Naletilic is quoted as saying by the Mirror.

“From England to Germany and Italy, he has many admirers.”

Pjaca came through the youth ranks at Lokomotiva before joining Dinamo Zagreb in 2014 and he’s established himself as an important player for Zoran Mamic’s side over the past two seasons.

The youngster scored 12 goals and provided 6 assists in his 42 appearances last season to earn a place in the Croatia squad for Euro 2016 and he’s performed well to help his country to the last 16 of the competition.

We’ll have to wait and see whether Liverpool are able to get a deal agreed for Pjaca but he would be another exciting addition to their squad if Klopp is successful in luring him to Anfield this summer.