Arsenal have confirmed they’ve agreed a deal in principle to sign an international striker but he won’t be the signing fans have been hoping for.

The opening of the summer transfer window is now open so we’ll bring you all the latest transfer rumours and gossip from around the globe. Today, Arsenal have agreed a deal to sign Takuma Asano…. 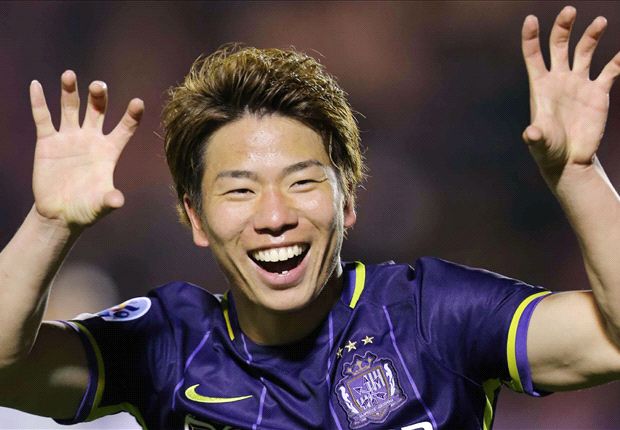 Arsene Wenger is looking to strengthen his attacking options after losing Danny Welbeck for nine months with a knee injury and we’ve been forced to look at other targets after Jamie Vardy snubbed a move to the Emirates to sign a new deal at Leicester.

While a whole host of top strikers have been linked with a move to north London in recent weeks, Asano emerged as a shock target last week when reports in the media suggested we were closing in on a deal to sign the talented youngster.

Arsenal have now confirmed on Arsenal.com that we’ve agreed a deal in principle to sign the 21-year-old subject to a medical after the club beat-off competition from a number of other clubs for his signature.

“Takuma is a talented young striker and very much one for the future. He has had an impressive start to his career in Japan and we look forward to him developing over the next couple of years.”

Asano is clearly not the top class striker fans have been crying out for but I think based on the bosses comments above, the youngster may be loaned out next season meaning we’ll still look to bring in a more established name over the coming weeks.

After agreeing his move to the Emirates, Asano told the Sanfrecce website that he’s enjoyed his time at the club and is grateful for their support but is now aiming to further his career.

“I enjoyed 3 yrs and half here [at Sanfrecce], but I always aim for the summit.”

“It’s now time for another tough challenge, you drew a smile on my face with your cheers and support and I am grateful for that.”

“I hope you continue to cheer me in the future, thank you from the bottom of my heart.”

Obviously some fans are a little dubious with this deal as they think it could just be another way for us to gain exposure in the lucrative Asian market but Asano is actually highly-rated in his homeland.

The youngster joined Sanfrecce Hiroshima in 2013 and gone on to score 11 goals in 56 appearances to help them lift the title in 2013 and 2015 while he’s also won the Japanese Super Cup three times and was voted as the J-League Young Player of the Year in 2015.

Asano is known for his blistering pace and isn’t regarded as an out-and-out goal scorer but rather someone who can stretch defences and help create chances for others.

Takuma is already an established international having earned five caps for Japan so far and he’s set to take part in the Rio Olympics this summer, so we should get a chance to see him up close next month.