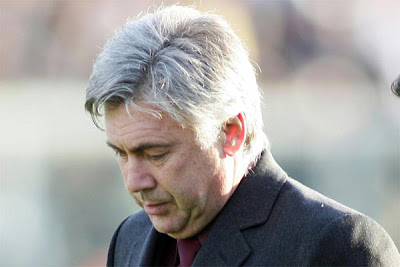 It is widely rumuored via many tabloids and newspapers that Ancelotti is considering to part from Chelsea at the end of the season and join Roma. I believe these rumours as ‘typical rumours’ which really doesn’t carry any real substance in it.

What really makes a person to think Ancelotti might leave Chelsea? The substantial rationale will be the extended influence of the owner and the so called ‘football board’. Especially influencing transfers of players and staff, to particularly note, signing of Ramires and sacking of Ray Wilkins.  It is widely spoken that Ancelotti wasn’t originally planing to sign Ramires instead his interests were on Schweisteiger, the Bayern Munich ace, but Roman and the board, on the advice of former Chief Opposition Scout and current Assistant Manager Michael Emenalo had insisted on signing Ramires and succeeded. Definitely Ancelotti would have not been happy with these but is he new to these type of acts? At this point we have to note that Mourinho too left Chelsea due to similar incidents, but this kind of things were new to Mourinho but is these new to Ancelotti? No Definitely not. He managed a club which was owned by a ‘silly’ Prime Minister of a powerful European country for 8 long years and won the most coveted Champions League with them. He worked under a owner who directly involved to an extent where the owner insisted to play a certain formation. Thus, this type of owners and management hierarchy is not new or shocking for Ancelotti. Though he wasn’t upset about the transfer (had he been not content with signing Ramires, he would not have played him), the sacking of Ray Wilkins had affected him so much.

There are very reasonable causes for Ancelotti’s displeasure about sacking his assistant Ray Wilkins. Firstly Ray was not just another assistant, he was a close friend to Ancelotti too (Ancelotti had mentioned this in his book), Secondly it is well known that Ray Wilkins maintained very close bonds with players which assisted Ancelotti a lot in training and especially Ray was assisting Ancelotti a very lot in communicating with players. I guess Ray had a very good understanding with Ancelotti that he could interpret Ancelotti’s thought as exactly how Ancelotti wanted and convey it to the players. Definitely sacking such an assistant is a huge displeasure and it’s almost like losing one arm.

Is Emenalo a good assistant coach? – I do not know, even many others will not know because he had not been a coach before in any big club, I doubt how much turning a scout into an assistant coach is going to be successful, but this is not a surety, Emenalo may be a good Assistant Coach, only time will answer that question.

Now let’s concentrate on the serious question will Ancelotti leave Chelsea? Yes, he will surely leave Chelsea one day but I don’t see it very sooner provided Roman and the board doesn’t tamper with things anymore. This time the fans (True Blues) have been tough and poised a serious propaganda of backing Ancelotti, thus it is a hint given to the management hierarchy of the club that the fans wish to keep Ancelotti despite any bad or worse results. I do not see any other ‘top’ manager coming in to Chelsea if Ancelotti is sacked or Ancelotti leaves, which will be a serious set back to the club. What Roman and the board can do is, pump in some cash, let the Manager decide on the players and back room staff, sit back, watch the matches, watch Chelsea win and relax. If Roman or anybody in the board wants to play a semi-manager role, then I think that’ll be very helpful in destroying Chelsea Football Club. 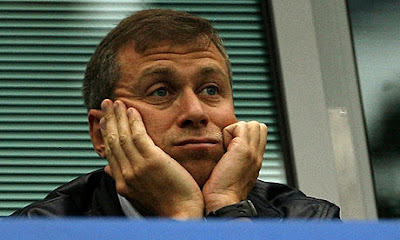 It is all in the hands of Roman Abramovich! He is the saviour for Chelsea for he decides whether Chelsea will prosper or decline.