Arsenal moved to within two points of top spot after Laurent Koscielny scored a last minute winner against Burnley at Turf Moor. Here are player ratings: 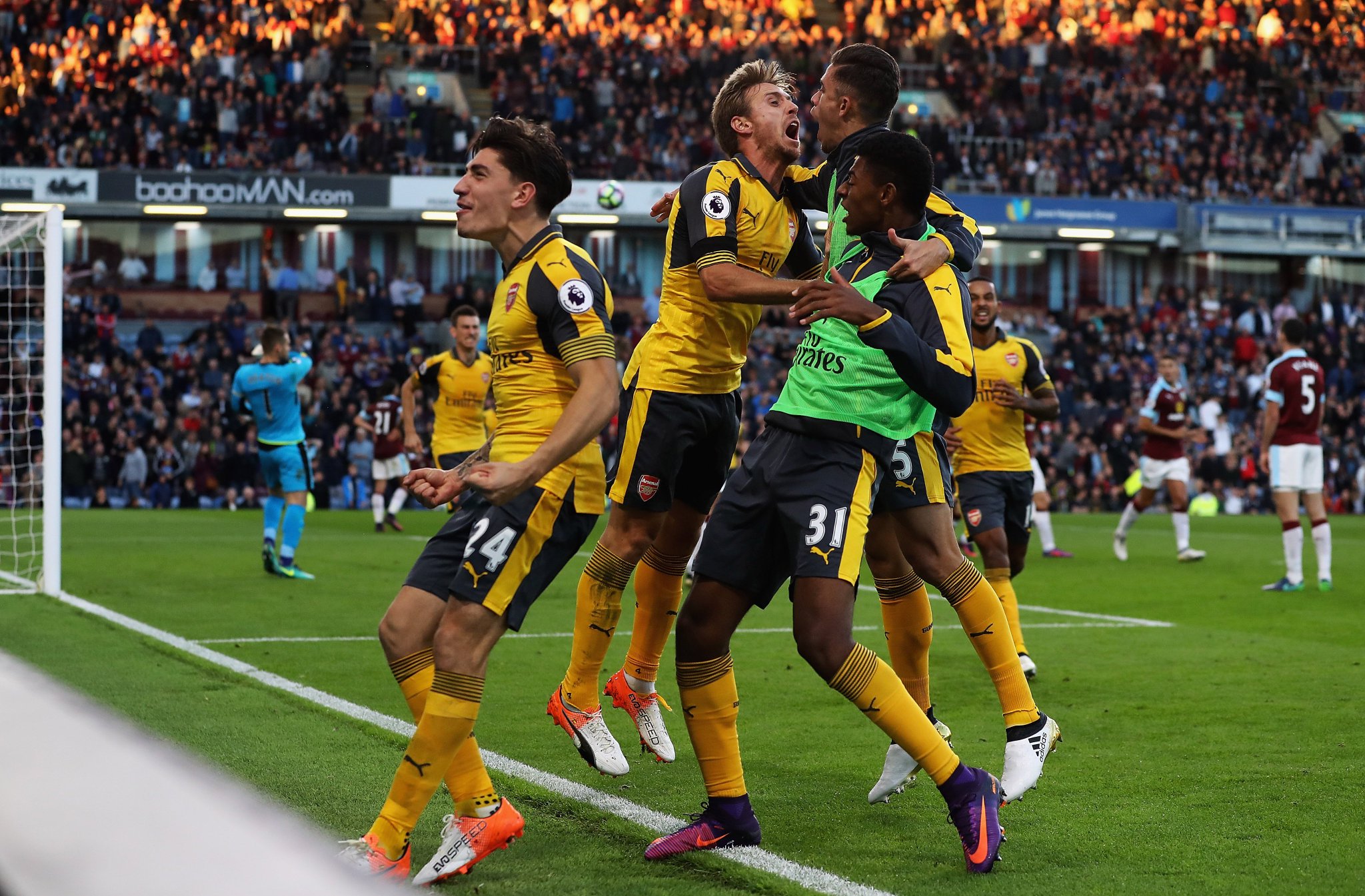 Arsenal moved to within two points of leaders Manchester City after Laurent Koscielny scored a fortunate last minute winner against Burnley at Turf Moor this evening.

Cech  6.5/10 | Not his busiest game but the Czech international kept his concentration to make a couple of saves to maintain his clean sheet.

Bellerin  7/10 | Solid at the back and always keen to get forward and was a threat down the right wing once again.

Mustafi  7.5/10 | Another excellent performance from Mustafi as he continues to forge a rock solid partnership with Koscielny.

Koscielny  7.5/10 | Popped up to score a fortunate last gasp winner and was once again excellent at the back.

Monreal  6.5/10 | No real problems for the Spaniard as very little got past him down the left side.

Xhaka  7/10 | Very tidy in possession as Xhaka kept the ball moving through midfield but he could have been a bit more adventurous with his passing at times.

Cazorla  6.5/10 | Fairly average performance from the Spaniard. Neat on the ball but struggled to have any real influence on the game.

Walcott  7/10 | Played a huge role in the winner as it was his flicked header that led to the goal. Also worked hard and went close to getting on the scoresheet himself.

Ozil  5.5/10 | Poor performance from our German superstar. Looked well off the pace with his usually impeccable touch deserting him and his passing sloppy by his standards.

Iwobi  6.5/10 | A threat at times but couldn’t find a final ball and his shooting was off target.

Sanchez  7/10 | Another busy display from the Chilean but the closest he came to finding the target was clipping the post in the second half.

Elneny 5/10 | Added some energy to the midfield.

Oxlade-Chamberlain 6.5/10 | Fresh legs and it was his goal-bound effort that deflected off Koscielny in to the net.

So it was a rather fortunate win in the end but we’ll certainly take it as it moves us up to third and to within two points of leaders Manchester City after they lost at Tottenham earlier today.