Arsenal have received a boost as one of our players have offered a positive injury update. See who the player is and what he’s been saying here

Arsenal defender Per Mertesacker has offered an update on his recovery from a knee injury and believes he will be an important part of Arsene Wenger’s team when he eventually returns to action.

Mertesacker has been a bedrock of the Arsenal side since joining the club from Werder Bremen in the summer of 2011 with the centre-back making 208 appearances in all competitions over the past five years.

The 32-year-old was appointed as club captain by Wenger in the summer but Mertesacker was cruelly sidelined for several months after suffering a knee ligament injury during a pre-season friendly back in July.

The German international has now offered the latest on his rehabilitation and while the defender says he needs to give himself plenty of time to fully recover, he revealed that he’s no longer in pain and is increasing his workload already.

Mertesacker still isn’t expected to return to action until the New Year and even when he is available again he’s facing a tough fight to regain his first team place from Shkodran Mustafi following his excellent start to life at the Emirates but the experienced German remains confident he still has an important role to play.

However, Mertesacker’s long-term future in north London isn’t so clear as his contract is due to expire at the end of the season and the player has admitted he’ll consider his options from January onwards.

Mertesacker is quoted by the Metro as saying:

‘I know that I need to allow myself time. The more time I allow my knee, the longer I’ll be able to play football,’

‘I can increase the workload already and I am no longer in pain.

‘I believe that I can reach a level again on which I am important for the team. I have the feeling that this is not the end.

‘I look at the perspectives for me and my family, and I think that I’ll intensify those thoughts from January on.

‘That’s also the time when you can listen to other things [offers] when your contract is expiring.’ 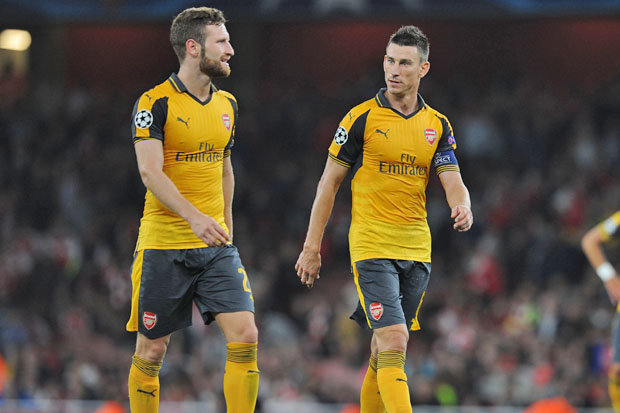 It will be a real boost to have a character like Mertesacker back in the dressing room when he is fit again but I personally don’t see him breaking up the Mustafi-Koscielny partnership so he’s going to have to play a supporting role during the second half of the season.

A new contract is also highly unlikely so it looks as though this will be Per’s final season at the club and I expect he’ll head back to Germany to see-out the final years of his career in his homeland.