Two players could be set to leave Manchester United as Jose Mourinho looks to make room for his audacious swoop on former club Chelsea.

The summer transfer window is closed for another year but it’s now time to look back on those deals that didn’t go through and those that are being lined-up for the future. Today, Man Utd are linked with Nemanja Matic… 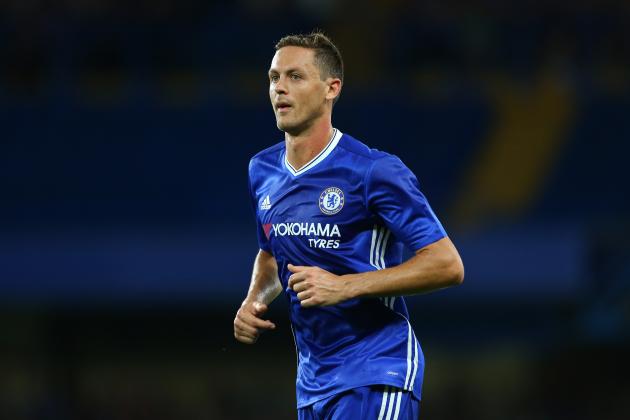 Manchester United boss Jose Mourinho is eyeing an audacious swoop for Nemanja Matic and is willing to sell Bastian Schweinsteiger and Morgan Schneiderlin to make room for the Chelsea man, according to the Mirror.

United were strongly linked with a move for Matic during the summer after Mourinho was installed as Louis van Gaal’s replacement at Old Trafford with the Mirror reporting that the Special One was hoping to use Matteo Darmian as bait to land the midfielder.

A move failed to materialise and Matic ended up staying at Stamford Bridge where he’s found a new lease of life under Antonio Conte but it appears that hasn’t dampened Mourinho’s interest in being reunited with the Serbian international.

The Mirror are citing reports coming out of Italy that claim United are ready to battle-it-out with Serie A champions Juventus over the signing of Matic as Mourinho looks to link-up with his former midfielder in west London.

The newspaper says that the Portuguese coach is ready to sell Schweinsteiger and Schneiderlin – who’ve both fallen out-of-favour following Mourinho’s arrival in the summer – in order to make room for Matic’s arrival.

Mourinho signed Matic from Benfica during his second spell at Chelsea and the 28-year-old was a key figure in the side that won the Premier League title during the 2014/2015 season.

The Serb then endured a difficult second season at the Bridge which eventually led to him losing his place but he’s back in favour under Conte and has started all nine of the Blues’ fixtures in all competitions so far this campaign.

Therefore, I think it’s highly unlikely that Chelsea would be willing to sell Matic and even if they did decide to cash-in, there’s virtually no chance they’d do business with a direct domestic rival such as United.