Here are player ratings from Arsenal’s 3-2 win over Swansea where Theo Walcott shone with two goals but Granit Xhaka had a game to forget. 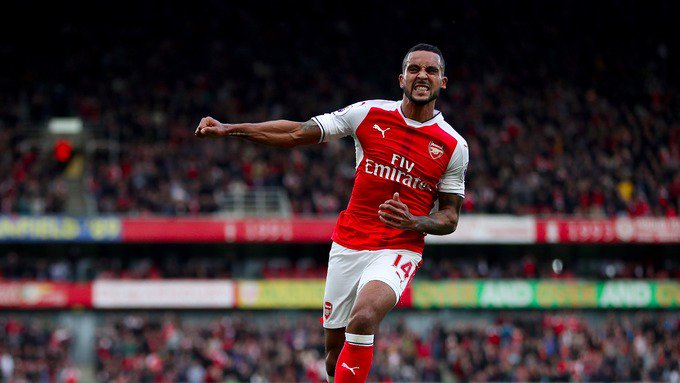 Walcott put us two-up before an error from Granit Xhaka gifted Swansea a way back in to the game just before half-time. Mesut Ozil made it 3-1 with a fine volley before the visitors pulled it back to 3-2 in the 65th minute.

Xhaka was then controversially sent off making it a nervy last 20 minutes but we held on to secure a vital three points. Here are my players ratings from the game:

Cech  7/10 | Made some important late saves to secure the win.

Bellerin  7/10 | Another adventurous display down the right side and his pace was important in defence too.

Mustafi  7/10 | Continued to show why he’s been a great signing. Threw himself at everything in a battling display.

Koscielny  7/10 | Made two vital interceptions and put in a superb tackle on Barrow.

Monreal  5/10 | Torn apart by Barrow at times and was exposed on several occasions, including for their second goal.

Cazorla  7/10 | Dictated play for the first half but was less in control after the break.

Xhaka  4/10 | Gifted Swansea possession on the edge of the box to allow them back in the game at 2-1 and sent off for a cynical foul on the half way line.

Walcott  8/10 | Continued his fine form in front of goal with another two strikes – although he should have scored at least three.

Ozil  7/10 | Scored a superb volley on his birthday and was always a threat when on the ball.

Iwobi  7/10 | Stunning dribble in the second half got fans out their seats. Another lively performance.

Sanchez  7.5/10 | He was everywhere. Ran himself in to the ground and provided the assist for Ozil’s goal.

Coquelin 6/10 | Added some legs in midfield.

Oxlade-Chamberlain 7/10 | Lively cameo from the Ox and he was unlucky not to grab an assist.

Gibbs 6/10 | Provided some much-needed protection for Monreal late on.

WATCH THE GOALS FROM THE GAME HERE

It was a hugely entertaining game and we made life difficult for ourselves but the three points sees us extend our winning streak to six games and move level on points with Manchester City at the top of the table.