Arsenal take on Sunderland at the Stadium of Light on Saturday afternoon. Here is a preview with team news, line-ups and predicted score.

Arsene Wenger’s men warmed up for the trip to the north east with a comfortable 2-0 victory over Reading to book our place in the quarter finals of the EFL Cup on Tuesday night but thoughts quickly turned to league matters. We saw our seven-match winning streak end with a frustrating 0-0 draw at home to Middlesbrough last weekend but with many of our nearest rivals also dropping points, we remain level at the top of the table with Manchester City and Liverpool.

Sunderland have endured a nightmare start to the new season with David Moyes’ side taking just two points from their nine games so far and unsurprisingly sit rock bottom of the table. Therefore, we should be confident of bringing home all three points tomorrow but the boys should know better than to underestimate the Black Cats so let’s hope we don’t show any signs of complacency.

Arsenal are the 2/5 favourites to win the game but I think there will be goals in this one so would also add over 2.5 goals to the bet for even better odds. Alexis Sanchez as first goal-scorer also looks tempting at odds of 5/1. I’m a big fan of in-play betting as you can get some excellent odds but if you’re not going to be at your computer it’s important to find the right betting site with mobile compatibility so you can place your bets while on the move.

We’ll be without striker Lucas Perez after he was ruled out for at least six weeks with ankle ligament damage which he suffered during the win over Reading in midweek.

Theo Walcott is also a major doubt after missing training today with a hamstring injury while Nacho Monreal could also miss the game with a tight thigh muscle.

However, Aaron Ramsey returns to the squad after finally recovering from a hamstring injury that’s kept him out since the opening game of the season – although he’s only expected to be on the bench.

Santi Cazorla took part in full training today after recovering from an achilles injury that’s kept him out of the last two games so he should return to the squad but Granit Xhaka serves the final of his three-game ban.

Wenger is set to recall his big guns after the likes of Petr Cech, Hector Bellerin, Shkodran Mustafi, Laurent Koscielny, Mesut Ozil and Alexis Sanchez were all rested in midweek.

Sunderland are set to bring Jermaine Defoe back in to the starting eleven after he was rested in midweek but Sebastian Larsson, Vito Mannone, Fabio Borini, Lee Cattermole and Jan Kirchhoff remain sidelined. 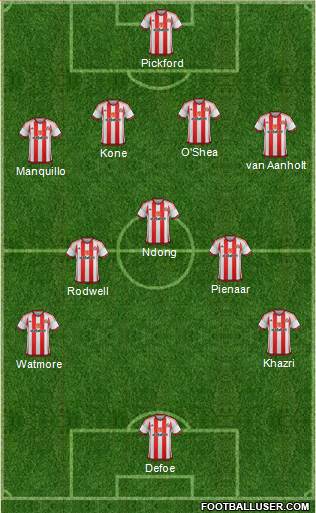 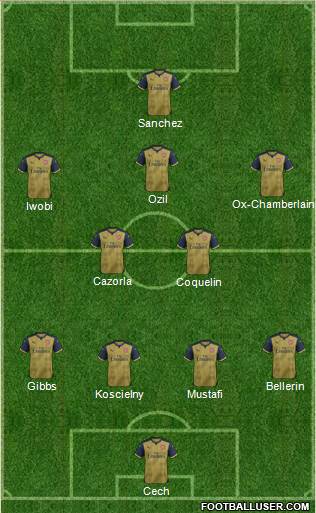 Sunderland 0-3 Arsenal: We were below par last weekend but with our key players rested this week we’ll hopefully be back to our best tomorrow afternoon. Sunderland have looked poor this season so even with some injury problems, I think we’ll secure all three points at the Stadium of Light.