3 Arsenal Players Who Impressed During 4-1 Win Over Sunderland

Arsenal moved top of the Premier League table with a 4-1 win over Sunderland at the Stadium of Light this afternoon. Here are three players that caught the eye

Arsenal moved top of the Premier League table with a 4-1 win over Sunderland at the Stadium of Light this afternoon. Here are three players that caught the eye…. 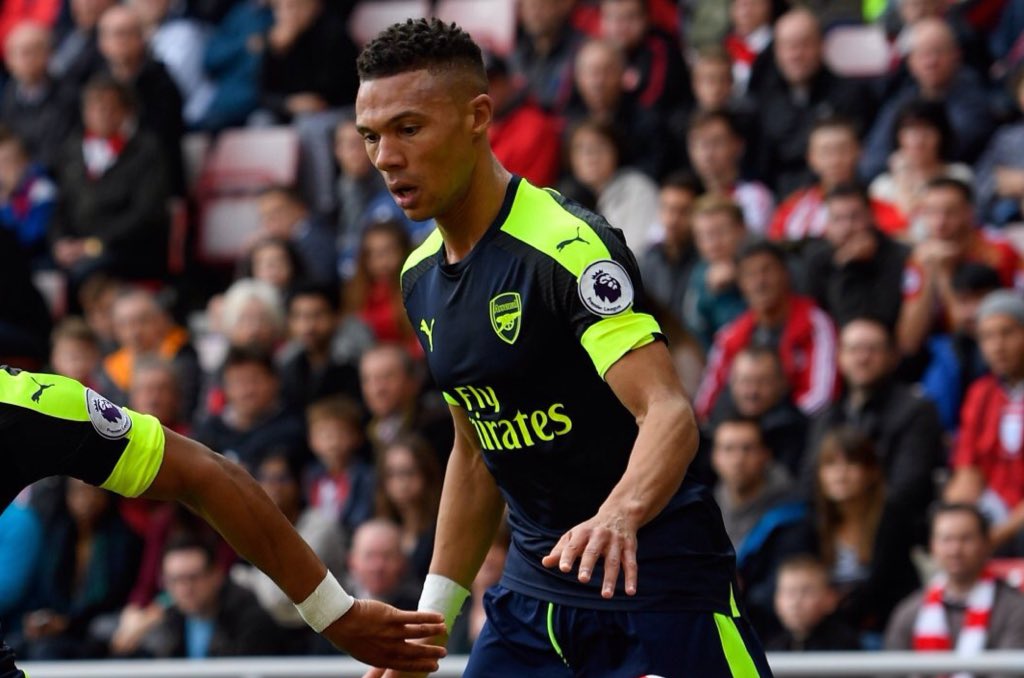 Gibbs was handed a rare Premier League start as he filled-in for the injured Nacho Monreal and the England international took his chance with an excellent performance at left-back.

He wasn’t tested too much at the back as Sunderland offered very little in attack but Gibbs was a real threat down the left side and was regularly involved in dangerous situations going forward.

The 27-year-old set-up the vital second goal with a superb cross for Olivier Giroud and played an important role in the build-up to the fourth goal as he crashed a powerful shot off the post before Alexis Sanchez made it 4-1.

Monreal has been a consistent performer for the past two years but he’s started this season poorly and Gibbs may have given Arsene Wenger food for thought with this display. 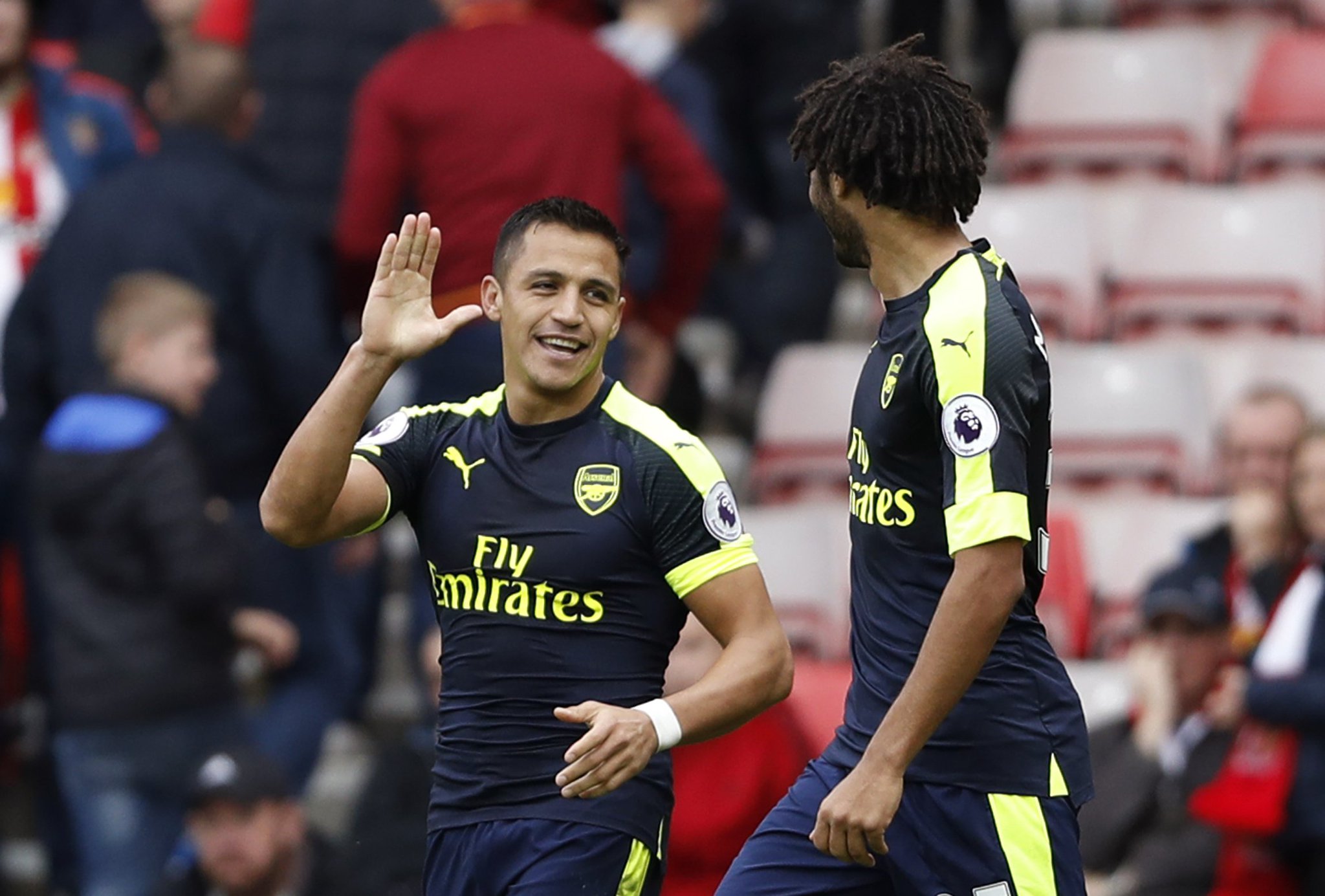 The Chilean superstar was once again at his best as he scored the opening goal with a superb header before wrapping up the three points with a late fourth.

The brace takes Alexis’s season tally to 8 goals in 14 appearances so far while he’s also chipped in with 7 assists so it’s fair to say the South American is enjoying his new role up front.

It wasn’t just his goals that caught the eye today, as Sanchez also worked his socks off up front and was a constant threat to the Sunderland back-line with his movement and tricky footwork.

Alexis was also unfortunate not to win a penalty with the score at 1-0 after he was hauled back in the area but thankfully the decision didn’t cost us as we went on to record a comfortable win. 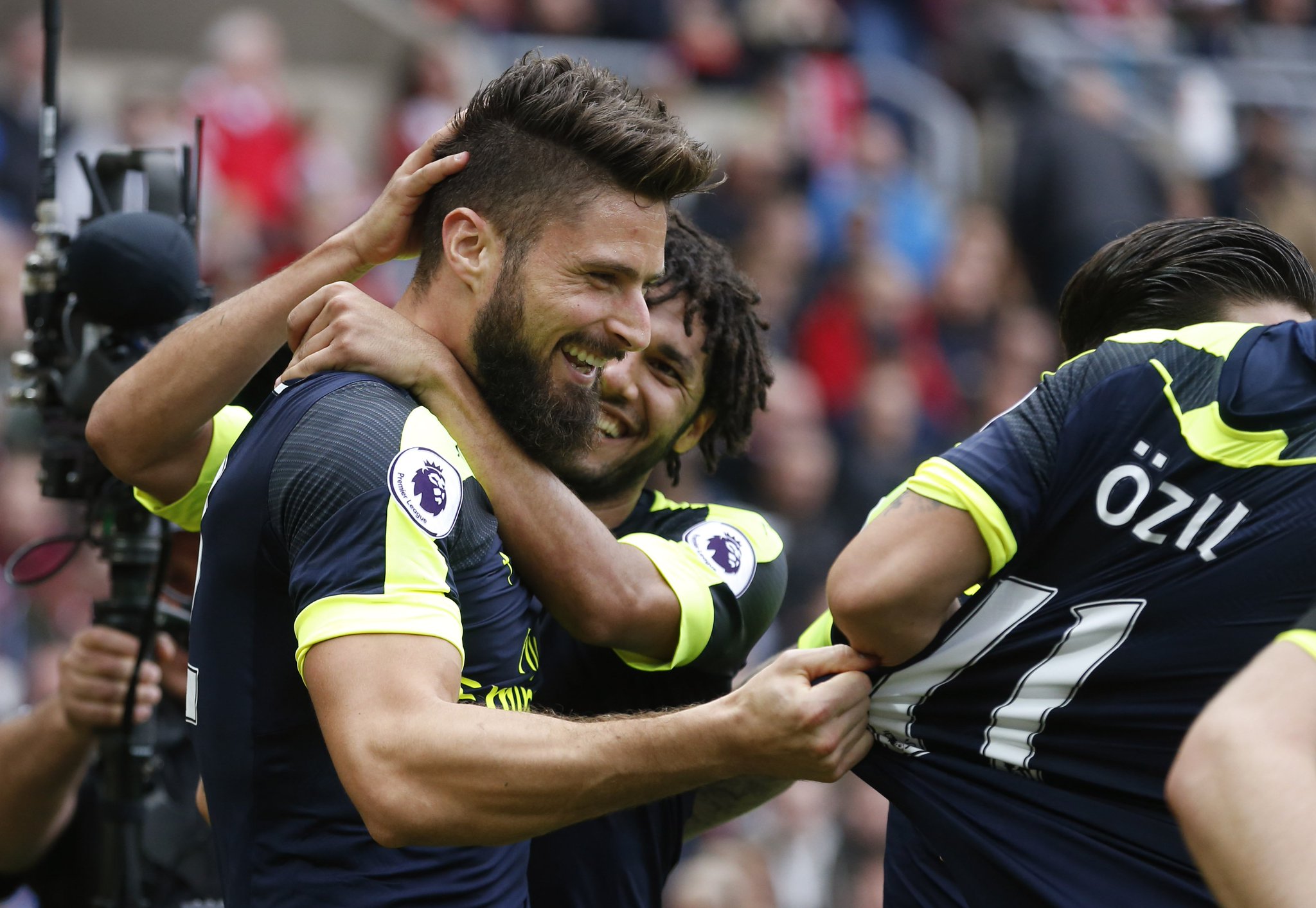 Giroud is yet to start a game this season after being sidelined for over six weeks with a niggling toe injury but the big man will be hoping to start against Ludogorets next week after this performance.

The French international made a huge impact off the bench, scoring with his first touch as he volleyed home a Gibbs cross to make it 2-1 before flicking home a wonderful header for 3-1 just minutes later.

Giroud gets his fair share of criticism at times but there i no denying he’s a valuable asset to the squad as he offers something different to the other attackers and he was arguably the match-winner today.

I still don’t see him as a vital part of the first eleven as Sanchez through the middle is a better fit all round, but Giroud will still play an important role this season and will be a useful weapon off the bench.