Arsenal beat Bournemouth 3-1 at the Emirates thanks largely to a brace from Alexis Sanchez. Here are three players who would have caught Arsene Wenger’s eye:

Arsenal moved to within three points of the top of the Premier League after beating Bournemouth 3-1 at the Emirates this afternoon thanks largely to a brace from Alexis Sanchez.  Here are three players who would have caught Arsene Wenger’s eye:

Alexis Sanchez proved to be the match-winner today as he scored twice during a superb all-round performance. The Chilean international pounced on a poor back-pass to open the scoring before wrapping up the three points with a late third from close range.

Sanchez never stopped working and was a constant threat to the Bournemouth defence, and as well as showing off his goal-scoring exploits he also created 5 chances for his team mates throughout the game.

The 27-year-old is a vital player for us so it’s important we tie him down to a new contract soon. Let’s just give him whatever he wants Wenger! 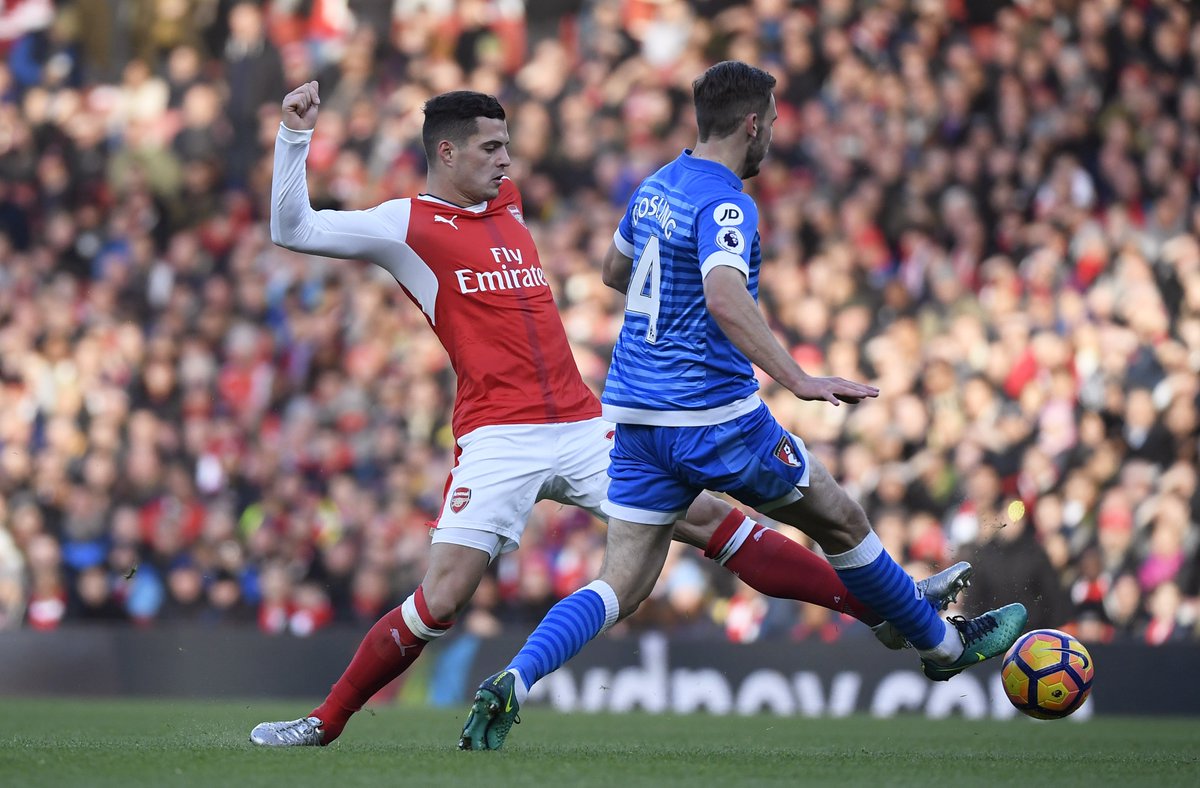 Xhaka was surprisingly left out during recent games with Manchester United and Paris Saint-Germain but he should have played his way back in to Wenger’s starting eleven based on this performance.

The Swiss international was excellent today, particularly in the second half, as he broke up play with a number of tackles and instigated attacks with his superb range of passing skills while he also covered more ground than any other player during the game [12.24km].

Wenger has suggested he’s holding Xhaka back to give him more time to adjust to life in England but I think it’s clear we need him to start, particularly with Santi Cazorla still on the sidelines. 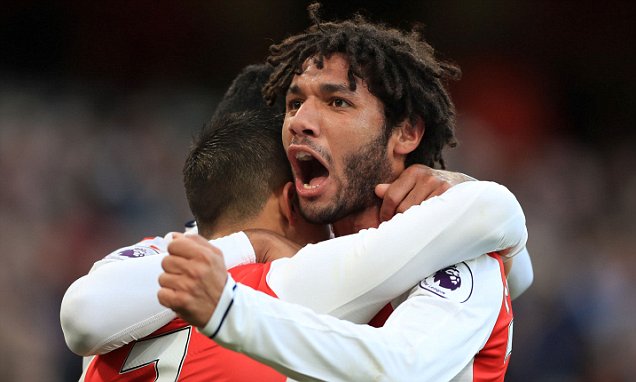 Our central midfield area looked far more secure and in control today than in previous games and I really liked the look of the Elneny-Xhaka partnership.

Elneny worked hard, closed the opposition down and tried to break up attacks while he was also economical in possession so it was a great all-round performance from the Egyptian international.

He keeps things simple so when he’s partnered alongside Coquelin we lack ideas going forward in the middle of the park but with Xhaka next to him pinging balls around the park he can get on with the dirty work and it worked today.