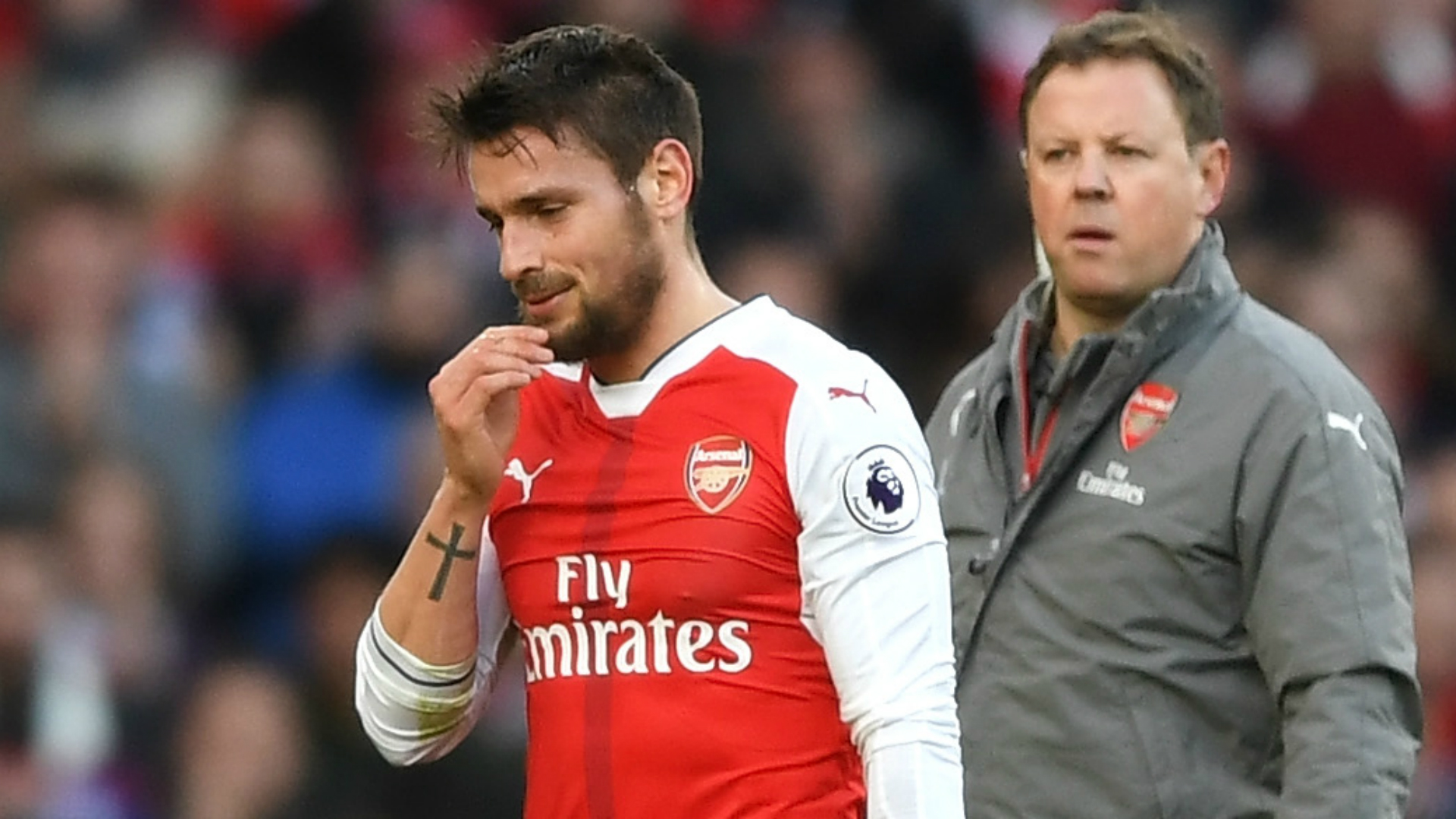 Arsenal boss Arsene Wenger has confirmed that Mathieu Debuchy has been ruled out for around six weeks while Danny Welbeck is still at least another month away from returning to action.

Debuchy has seen his Arsenal career hampered by a series of injury problems in recent years and the defender had only recently returned to full fitness after recovering from a calf injury.

The Frenchman made his first start in over 12 months against Bournemouth last weekend but his latest comeback didn’t last long as he limped off inside the opening 20 minutes after suffering a hamstring injury.

Wenger suggested after the game that it was a serious issue and the boss has now confirmed this morning that Debuchy has a ‘severe’ hamstring injury that is expected to keep him out for around six weeks.

The news will come as a real blow as with Hector Bellerin still out with an ankle injury, the 31-year-old had the chance to get a run of games under his belt but now we’re left short of options at right-back during a hectic part of the season.

The boss has also given an update on Danny Welbeck’s recovery from a serious knee injury that’s kept him on the sidelines since the Manchester City game way back in May of last season.

Welbeck is now back in light training as he continues to step up his rehabilitation programme but Wenger says it will still be at least four weeks until the striker will be available for selection.

Wenger says Danny Welbeck "at least four weeks away from playing again" despite being back in training. #AFC

Wenger says Debuchy has a "severe" hamstring injury and will be out for "six weeks, I think".