Managers are now planning ahead to try and strengthen their squads during the January transfer window so we’ll bring you all the latest gossip from around the globe. Today, Liverpool star Roberto Firmino has a very unusual stipulation in his contract…

Liverpool have included a very unusual stipulation in Roberto Firmino’s contract that states Arsenal are the only club who can not trigger his £82m buy-out clause, according to the Mirror.

Firmino joined Liverpool from Hoffenheim in the summer of 2015 for a fee in the region of £29m and he’s proven to be an excellent signing having become a key part of Jurgen Klopp’s starting eleven.

The Brazilian international has become the latest target for Football Leaks as the Mirror claim they’ve released details of Firmino’s contract which allegedly includes an £82m buy-out clause.

However, the newspaper says that Liverpool took the unusual step of including an ‘Anti-Arsenal’ stipulation that states the buy-out clause can only be triggered “if the interest club is not Arsenal”.

This means that the Gunners are the only club who can not trigger Firmino’s £82m release clause and suggests that Liverpool have still not forgiven the north Londoners for their attempts to sign Luis Suarez back in 2013.

Arsenal made a very public attempt to lure the Uruguayan international away from Anfield and believed they had triggered Suarez’s buy-out clause after tabling a cheeky £40m plus £1 bid for the striker.

Suarez made it clear in an interview with the Telegraph that he was keen to leave Liverpool and join Arsenal in search of Champions League football but the club refused to do business with a domestic rival. 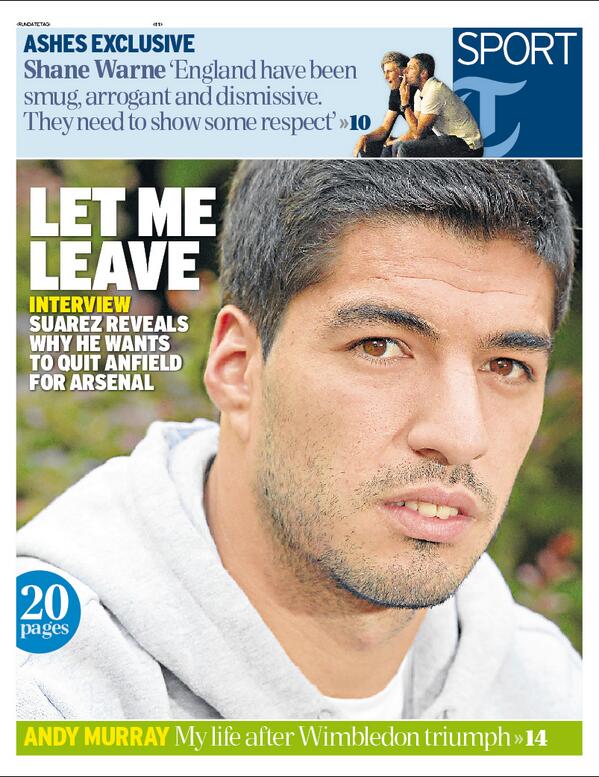 And it looks like Liverpool are keen to avoid any confusion with Firmino by making it crystal clear in his contract that Arsenal are not eligible to trigger the attackers buy-out clause, should the North Londoners try to sign the player at some point in the future.

I’m sure Jurgen Klopp would have preferred details of Firmino’s clause weren’t made public as although £82m is a huge amount of money, transfer fees continue to rise each year and that figure could tempt one of Europe’s major clubs next summer.

Firmino has established himself as Liverpool’s first choice striker in Klopp’s new-look side this season and he’s scored 6 goals and provided 6 assists in his 15 appearances so far, so I’m sure they’ll do all they can to keep him at Anfield for years to come.